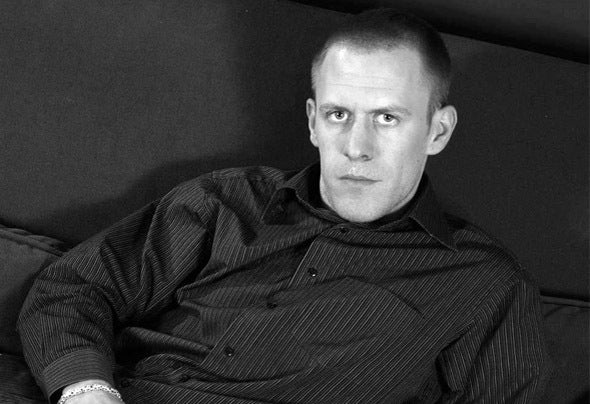 Paul Martinez was born in the summer of '83, in a town called Gyor, located in Hungary. To the delight of his parents, even as a child he was captivated by music, although it meant the deterioration of their vinyl collection!At age 13 he started learning about amateur DJ-ing working with beginners technology. He was interested of making music, but at the time he could not advance beyond FT2 (DOS - MIDI).A year later he luckily managed to get his hands on the MK2 players and on these he was able to learn the DJ profession on a higher level. His first public appearance was in '97, at the time he played minimalist techno squeezed between record players at a regular Hungarian style party. Soon after more appearances followed. As he matured, in a couple of years time his view of the world and his taste changed and he became found of the PSY genre, especially the Progressive kind! It was in this style that he became successful and received invitations to play at many Open Air and Illegal parties in our small country. He continued his activities in this vein until '2001, when he went through a major transformation. Being successful at making people dance by spinning other people's productions somehow wasn't enough anymore! He would have liked if people dance to his creations and immerse themselves into his world and thus he started to put a serious effort into making his own music. Paul begun this phase on FL Studio by recording his own wavs and made loops out of these. Later he learned to interpret and use the VSTi plugins. In the meantime he had appearances with major names, but he was still not spinning his own stuff. He found it difficult to fit into that saturated market, but did not give up! It was in 2010 that he thought he reached a level that he could show his work to the public.For a little while he put more effort into his producing activities than the DJ profession. His first appearance was made possible by the Michael & Levan, and Stiven Rivic founded Macedon Mistique. After this slowly other publishers showed interest in Paul's music. At present time he is involved with more than 10 different publishers, among them Kintar's Sudam Recordings (based in Argentina, Buenos Aires) and OLD SQL Rec founded by Ivan Nikusev, the American Proton SUB labels, KP recordings and the Balkan Connection Recordings.By today Paul reached a level, that his music is spinned continuously, for example by the US#1 and world's 8th best DJ, Markus Schulz, Frangellico, Kintar from Argentina, Cj Art (Polland) and Rezo in Israel and Stas Drive from Ukraine. Moreover all his collaborations with others that is worth to look at can be found here. Paul would like to thank to everybody for their support, sharing his work and buying his music! He counts on you in the future also, since making music for you is his life!