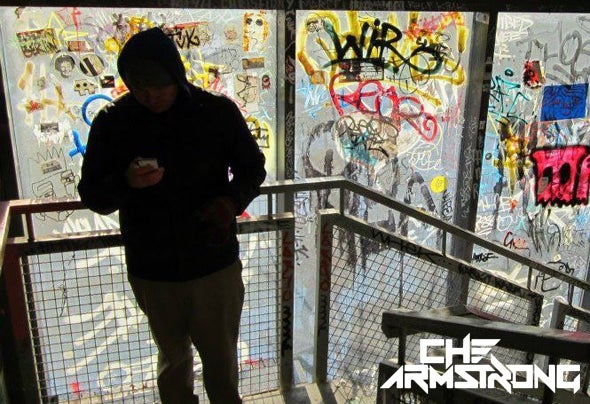 Che Armstrong is a DJ/producer from Newcastle upon Tyne in the UK. He is the owner/manager of Axon Recordings, as well as a regular DJ for Digital Newcastle (voted 'Best Large UK Club' and '12th Best In The World' by DJ Mag). He has played at brands such as Godskitchen, Gatecrasher and Digital Society. He's also played at the massive Escape club in Holland, as part of the Amsterdam Dance Event back in 2009. During this time, Che has shared the decks with DJs such as Eric Prydz, Guy J, Paul Van Dyk, Markus Schulz, Jeremy Olander, Above & Beyond, Martin Roth, Jaytech, Alan Fitzpatrick and Scarlett Etienne to name but a few. Playing these gigs has not only allowed Che to hone his skills as a respected warm up for some of the biggest names in the scene, but it's also allowed him to find his personal sound, and how to work a big room. In October 2010 Che started releasing his own music, and joined the artist roster at Timmy & Tommy's Full Tilt label alongside producers such as Sean Tyas, David Forbes and John O'Callaghan. His debut on the label was a remix of 'This Go Beat' by Fergus Keogh. The track gained some great feedback, with support from DJs such as Dubfire, Paul Oakenfold, Marcus Schossow and many more. Che's followed up to the remix on Full Tilt with his own track 'Synapse' (which was remixed by Timmy & Tommy themselves). The support on this was also fantastic and included Above & Beyond, Marco V, Mat Zo and Chris Lake. Since his first foray in to the world of production, Che has since released on various labels such as Nu-Depth, Nueva Deep, Arva (Armada), Spring Tube, Lowbit, and his own Axon label. His tracks have continued to have some great support from more big names such as Slam, Paul van Dyk, Nick Muir and Armin van Buuren, and this trend looks set to continue too.