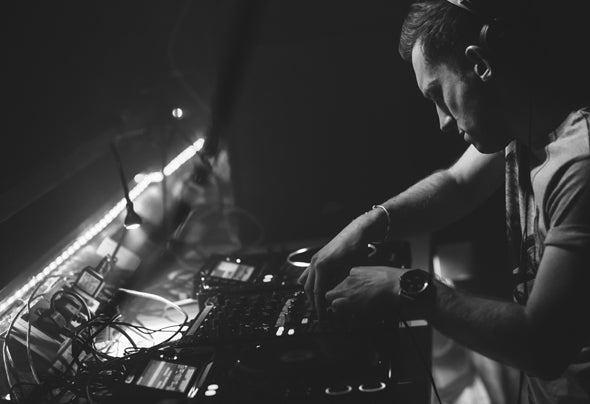 I remember my love for dance music starting around the age of 10, soon after, I owned my first pair of turntables. At that age I was very much into the happy hardcore scene, the music became an addiction and a few short years later I managed to get my first gig at a local Rave, Club 2000. Things started to build quickly from there and I went on to DJ at now infamous clubs throughout the North East and West.As well as this, I started promoting my own fledgling club night, Oasis. It went from strength to strength at a rapid pace and within months the club was sold out for every event. This enabled me to introduce some of the biggest names in the hardcore scene to the local area.As I matured, so did my musical tastes, the natural progression for me was into trance, then into progressive house. These styles contained the same uplifting elements as the hardcore sound I used to play but on a gradually deeper level. T he more I got into prog, the more I got into the techier sound, championed at the time by the likes of John Digweed, Sasha & Danny Howells.I started producing music around 2000 with my good friend and inspiration Michael Burns (Blue Haze/Panoptic). In 2001, I was lucky enough to work with Chris Scott (Lexicon Avenue/Echomen), the result of this was the track "Dark Light" under our Indaba guise. Later signed to Prolekult, it featured on Danny Howells’ Renaissance The Masters mix, DC-10 Ibiza – The Album Part 2 as well as receiving big support from the the scenes major players.Releases soon followed this on Confi-Dance and Minimal Records, this time with Michael Burns under our Gazor guise. Our tracks Stabilized & Overlight were well received, featuring in the charts and playlists of DJ's the world over.Nowadays, I don’t like to tie myself to any particular musical genre. My tastes are varied and eclectic, something which is reflected in my DJ sets and also my production. The basis is still very much on that "techy" sound but you will find elements of a lot more throughout.