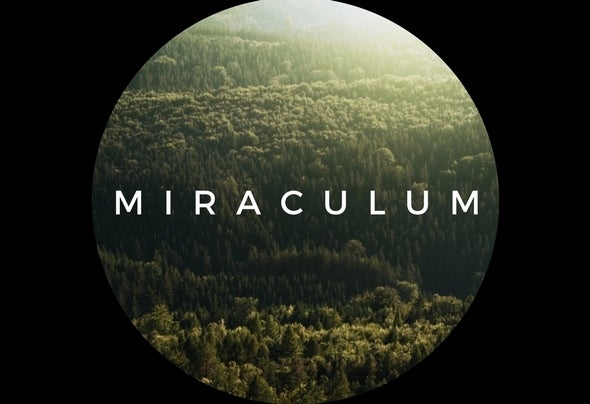 Gyorgy Udvardy was born in 1978, Budapest, Hungary. He experienced electronic music in 1993, four years later he started producing, using the name MiraculuM from the very beginning. The inspiration behind his name selection was trance artists and the latin language's dignified sounding. His first official release was in 2004, when he won a remix competition for the official hungarian Loveparade hymn. In this period his music was goa trance, with a little pointing back to the 90's, and the touch of Holland's actual new wave sound. In 2008 he spent a year in Norway, started bedroom djing and listening to more progressiver and deeper music. This had a great impact on his work as a producer, his music became slower, cleaner and leisurely, and it aroused some labels attention. His music was signed to such labels as Balkan Connection, Soundteller, Clinique, Slideways, or Lowbit. One of his tracks called 'Constellation' included in the legendary Masters-Series compilation, mixed by Nick Warren and released on Renaissance. His first artist album called 'Die Quelle Der Seele' released by Stripped Recordings in 2015. In 2014, the biggest online electronic-music shop, Beatport picked his track 'Aftermath' to their official chart where they collected the best ten progressive house tracks from the last ten years. He also started a monthly podcast 'Simple Pleasures', around 2009 where he selects from his actual favourites. Last but not least he established a Proton-sub label with Erich Von Kollar and Greyloop, called Stellar Fountain Records, which grew into the world's top hundred progressive house labels within years.