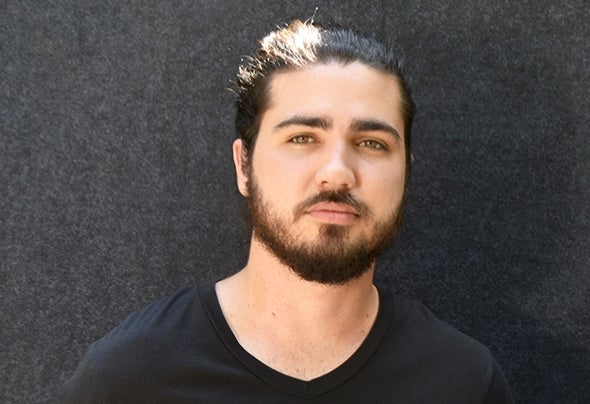 Born in Havana, Cuba in 1994, Dhany has his first encounter with music at an early age when he receives as a gift, from his grandfather, a guitar. His fascination with electronic music came later with the growing house scene in his locality, but it wasn't until the age of 17 that he begins to take the music seriously when he obtains his first residence in the club La Casona de Miramar. His style and energy in his sets made him quickly win the public’s acceptance and the interest of promoters, taking to his second residence in the prestigious event center of the capital Salon Rosado de La Tropical. In 2013, he joined the line-up of the Proelectronica festival held in Havana, until its last edition in 2016. In the subsequent years he continues his performances in different parties in the city and in 2019 becomes part of the EYEIFE festival line up in Cuba, in addition to achieving his first international gigs in Panama, one at the Nature party and another in the Coyotaco club. His productions show an atmospheric style, full of melodies as an intense groove, which have led him to publish his works on labels such as Freegrant Music, Balkan Connection and Balkan Connection South America, ICONYC, One Of A Kind, Soundteller Records, Superordinate Music, Clinique Recordings, Soul Art Recordings, Bevel Rec, Droid9 among others. Since the end of 2018 his tracks have reached top positions in Release Promo Hype Chart and Beatport Progressive House Top 100 tracks and Releases. For his unquestionable quality in his productions, Dhany G has already gain the support of artists such as Hernan Cattaneo, Richie Hawtin, Cid Inc., Ruben De Ronde, Tony McGuinnes, just for mention a few. Also he manage with Leo Perez his own record label Nature Rec. releasing fresh progressive, deep and organic tracks.