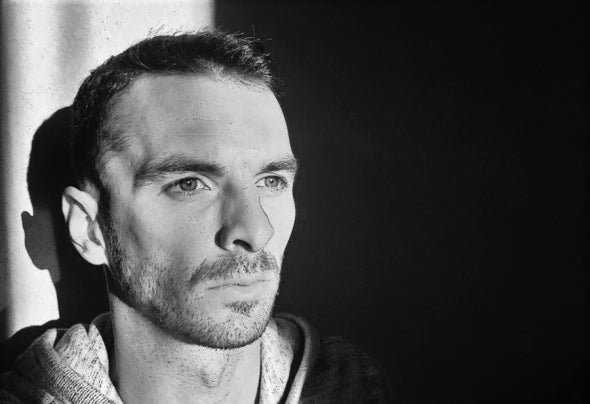 Nick Newman specializes in producing electronic music that can best be classified as Progressive House. Deriving influences from Techno and Trance, the British-born artist has fashioned a deep melodic style that is characterized by its warm meditative quality, ethereal texture and thoughtful abandon. Based in Los Angeles, Newman has been recognized by industry-leading labels including Sudbeat Music, Manual Music, and JOOF Recordings as a rising talent – both as a producer and DJ. His intuitive melodies appeal to a broad global audience, as listeners experience an instant connection to his music. This is entirely by design, says Newman: “I want my music to evoke some kind of personal memory and feeling. I want people to get lost in it.” The artist’s musical evolution began early with a deep appreciation for all genres – from R&B/Hip Hop to Happy Hardcore and Drum & Bass. By the age of 16, Newman was a resident DJ in his hometown of Sleaford, England, where he worked various jobs around town, and routinely spent every paycheck on hot new records for his weekend gigs. Following high school, Newman stepped away from music for nearly a decade as he focused on other passions. An accomplished athlete, he realized his goal of traveling to the United States to play basketball, then later transitioned to long jump after earning a track and field scholarship to attend Manhattan College in New York. It was a broken ankle in 2012 that reunited the artist with his first love – music. While confined to the couch with an unwieldy cast from the knee down, Newman spent countless hours teaching himself the basics of music production. With no formal musical training, the artist has developed an ear for eclectic melodies and has created his own unique and signature sound. In 2013, Newman released his first tracks under the name Seamless Beat. In contrast to Newman’s current sound, Seamless Beat’s tracks ranged from darker Techno and Progressive Breaks to Ambient soundscapes and ethnic flavors. Seamless Beat’s first album, Colors, was released on the legendary label JOOF Recordings and realized much success. It was listed on Beatport’s Progressive House Top 10 Release Chart for several weeks and received favorable reviews from leading music magazines. Newman stopped producing as Seamless Beat in 2016. After further refinement, he fully reinvented himself as a pure melodic Progressive House artist and released his first productions as Nick Newman in January of 2019. His new sound garnered much attention and were quickly signed by top labels including Sudbeat Music, Manual Music, 3rd Avenue, and YOMO Records, among others. Newman’s music has been featured in sets by renowned DJ’s such as Hernan Cattaneo, Airwave, Antrim, Solid Stone, Basil O’Glue, Graziano Raffa, Nick Varon and more. The year 2019 was a busy year for Newman, the DJ, as well. His sets were featured on multiple podcasts and radio shows. As a DJ, Newman appreciates the sounds of fellow artists Budakid, Robbie Akbal, Gai Barone, Guy Mantzur, Guy J, Navar, Pole Folder, Yuriy From Russia, Edvard Hunger, Stanisha and MUUI, among others. Looking ahead to 2020, Newman already has a busy release schedule, with music signed to prominent labels such as Manual Music, Balkan Connection, Electronic Tree, Polyptych, Droid9 and more. Newman is also excited about a return to where his musical journey began – the DJ booth. Live shows and a possible South American tour are currently in the planning stages.