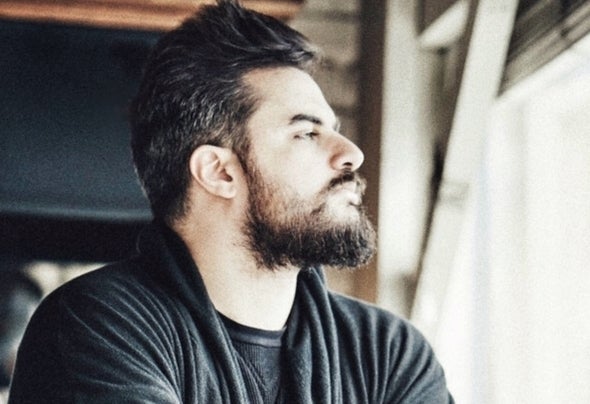 MEL7EM is a long-time pianist, music producer, live performer, and DJ who kickstarted his new musical project in mid-2018. He focuses mainly on creating ethereal storytelling electronic music rich with melodies, feelings, and emotions that re-writes the dictionary of electronic music. His sound is a mixture between today's modern techno and deep exotic melodies pulling out some of the MiddleEast's forgotten gems, and other ethnic world music, namely the rich sounds of India, Egypt, Persia, Turkey, and many more. He manages to fuse these sounds with his love for electronic dance music creating an original showcase between the old and the new, classic and underground with whispers of spiritual undertones. Inspired by a diverse cultural exposure since he was a child, also by the people he met along the way ranging from the deserts of the Middle East to big cities in the West, Mel7em brings a unique sound to the forefront of the electronic music scene which is a personal message of unity and love with mankind. With an attractive catalogue and quality releases, Mel7em regularly picks support from the world's top DJs and musicians, whilst his music is signed and licensed on several decent labels including Outta Limits Recordings, Family Name, Dear Deer Records, Oko Recordings, Art Vibes Music, Bercana Music, Dialtone, Clinique, Polyptych, and many more. He has worked and is currently working with several artists including Stan Kolev, Betoko, Lunar Plane, Haze-M, Rauschhaus, Abstraal, The Soul Brothers, Laroz, Anatolian Sessions, Pandhora, and few more!