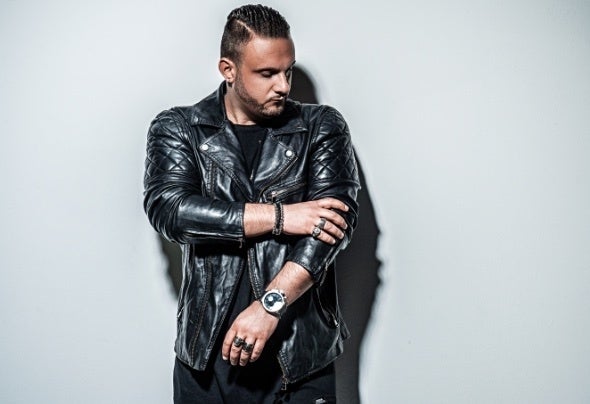 Giuseppe Russo..... born 29th April 1981, based and grew up at Mitlödi, (Glarus) a tiny village near the mountains of Switzerland. He was dressed like a rapper, but always had a big addiction to Techno and House-music. He used to rent hidden rooms with his buddies to make parties and play. There he started to do his first steps in his music life. A mix between smoky and full crowded rooms gave him the reason, why he wanted to play his music in front of his friends. He became lots of fans. DJ Dolce_G was born. But that was only the beginning, it wasn’t enough, he couldn’t rest behind the hills. With his big love, he followed his path to Zurich, where their lives and his musical passion began to take shape and grow up. His big DJ sets, took place at the Private Fiction at Kaufleuten, the headliner of the event couldn’t be present that night and they gave him the opportunity to do his job that night, and he did it, he won a lot of fans and they started to love him. That gave him the motivation to work harder and share his passion with them. In the same period, he opened his own Fashionlabel and celebrated music and fashion together under the same roof. Time changed, the music changed. He married his wife and he changed his artist name in his native name and continued to make music in various famous clubs of Switzerland. As DJ Giuseppe Russo he started to produce his own music style in the techno scene and chases the music horizon even today! .....Tension guaranteed