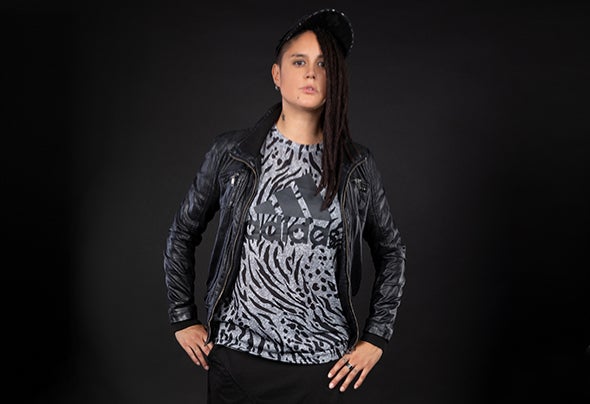 ANGELICA FRAVI’S BIO Born in Bern, Switzerland on a frosty autumn day in 1982, Angelica Fravi spent much of her childhood in the Italian (Ticino) region of the country. By the time she reached her teens, she sensed a higher calling: Zurich, with its pulsating clubs and cosmopolitan allure was where Angy Dee, as she would come to be known, began a life dedicated to music. In addition to garnering a respectable level of success in the national and international electro movement, Angelica continues to experiment with forays into the tech & deep-house and melodic-house & techno scene as well. Heavily influenced by an unflinching commitment to musical expression and a strong connection to her Columbian roots, Angelica Fravi’s approach to her craft is at once powerful and steady. With a sharper focus on playing deep beats, Angelica Fravi, the name by which she has been known since 2010, has teamed up with producer, Sascha Sonido. “Monday Morning” and “No Time For Sleeping” are tracks released on the Sickness Records label, while Insist Music put out “Tanzania/Koh Samui”. Any devotee of the tech-house scene will undoubtedly find these cuts instantly recognizable.