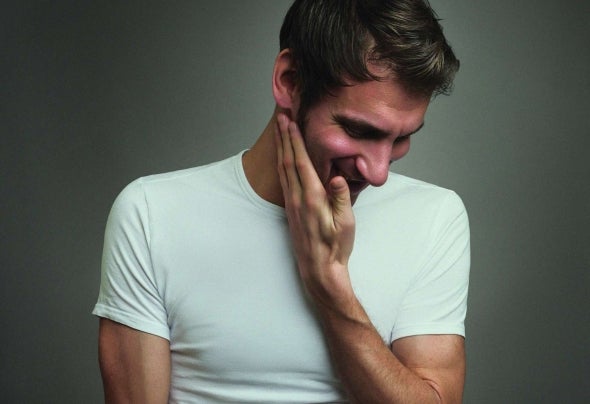 A DJ since 1995, Paul has headlined gigs at top clubs globally for the last ten years. He is resident DJ and promoter of Floorplay, a monthly night at the legendary Club NL in Amsterdam for 10 years. He regularly plays at music conferences, festivals, fashion shows and numerous beach parties around the globe with his uncompromising house sound.As a producer he has released on the globes top house labels including San Francisco ́s Loöq Records, Omid 16B ́s Sexonwax label, NYC's seminal Nervous Records, UK's Baroque Recordings and Ready Mix. The title track of his EP on Tokyo Red Recordings, Need To Move, made it to #11 in the Traxsource Tech House Top 100. This industrious Brit is famed for sets in excess of 5 hours and has just released on this year’s ADE sampler of Under No Illusion Recordings.His music has gained support from the likes of Nic Fanciulli, Pete Tong, Mark Knight, Carl Cox and Dubfire recently, with plays on radio stations such as Kiss FM and TV station Be@TV..Hard work in the studio has paid off with plays from his latest track entitled 3 Minutes getting to number 12 in the Traxsource tech house charts and number 7 in the Beatport House charts.This hard-working British DJ has incredibly played in the US, Israel, Sweden, Germany, Dubai, Russia, Bahrain, Finland and Belgium and his native UK in recent years. He has rocked the cream of the world ́s clubs including Pacha New York, SXSW Austin, Rise Boston, Ministry of Sound London , Club d'Anvers Belgium, Amsterdam Dance Event and many more.In 2017 Paul played three gigs in India, headlined Forestland Croatia and Manifestival festival Amsterdam. He played at high profile club gigs in Amsterdam at Club NL, Escape, Ruigoord, Supperclub and Panama. He also ventured to Eastern Europe with gigs at Radost in Bratislava, and Tampa Florida for a boat party.2017 saw Paul release tracks on Slovakia’s Seta Recordings and Ray Okpara’s AMA Recordings2018 is shaping up to be even busier with tracks out on Paolo Martini’s Polar Noise Records from Italy gaining support from Joseph Capriati, Pan Pot and Danny Howells. July 2018 sees a new EP signed to Horatio’s Natural Rhythm recordings from Romania. On the decks, Sparkes is booked to play at IMS Ibiza on May 26th, Kazan in Russia on June 4th 2018 and Slovenia on 1 June. China in is slated for a tour in June and then to the UK on 20 September.After more than 20 years of DJing, a dedication to quality house music sees Paul consistently booked to play at the best clubs and festivals. He continues with the same passion for his music into 2018 and beyond.