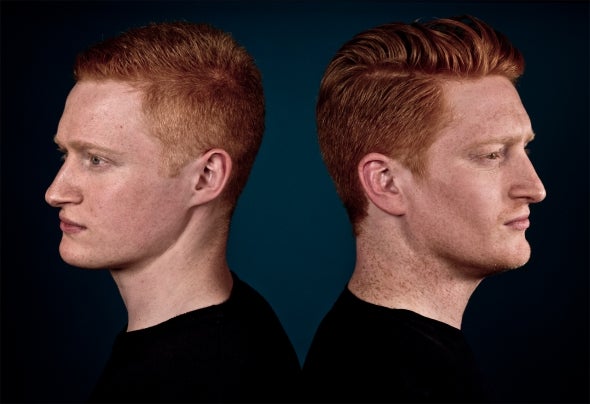 Said to have a deep, dark, tech vibe, the London-based dance duo produce house music with an original and signature groove unique to them. In the two years since inception they have, remixed Kollektiv Turmstrasse, teamed up with house vocalists Cari Golden & Kevin Knapp, and collaborated with both Lauhaus and most notably Groove Armada. The 'red hot' duo are idiosyncratically known for having red hair, always dressing in blue, and their high degree of professionalism and vision. They are also known as the founders of the heavy hitting and forward facing vinyl label Danse Club Records which they established in late 2012. Their recent collaboration with Groove Armada and Cari Golden led to a devasting top ten hit on Beatport with the 'Sweat' EP, and thanks to support from DJs such as: Fedde Le Grand, Kaskade, Catz n Dogz, Eats Everything, Dusky and Maxxi Soundsystem the track is now infecting dance floors worldwide. The 'deep dark Brodanse sound is just like mamma used to make', it is nothing trendy, and comes straight from the heart; both sure signs that it will be played on dancefloors for years to come.