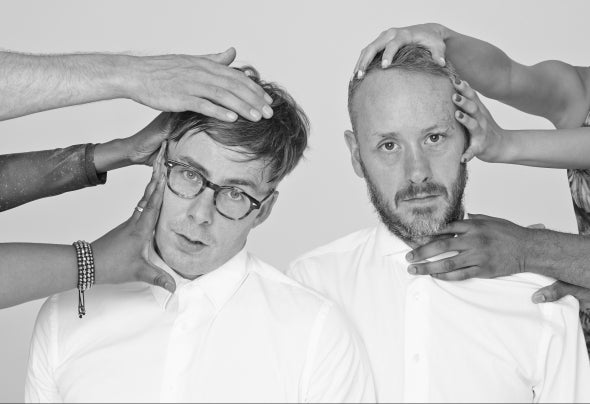 Since starting life as underground producers and party promoters in 1995, putting out their first tracks on shrink wrapped vinyl and throwing hush-hush raves in abandoned South London pizza joints, Simon Ratcliffe and Felix Buxton, collectively known as Basement Jaxx, have taken their unique sound around the globe. With 2 BRITs, a Grammy, a No.1 UK album, 3 Glastonbury headline slots & over 3 million album sales under their belt, the Jaxx continue to produce quality releases on their own label, Atlantic Jaxx Recordings, as well as DJ'ing around the world, including Ibiza residences at Pacha & Glitterbox for 2017.