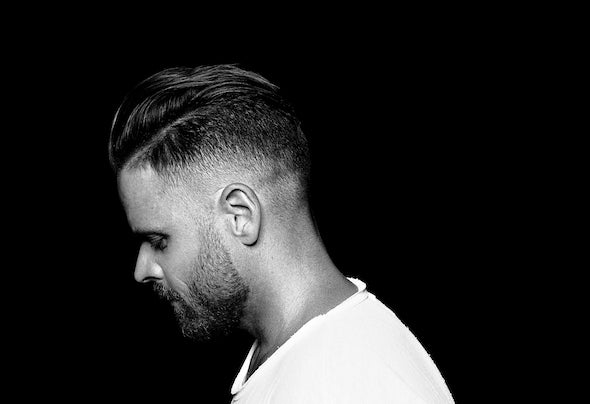 The German musical whirlwind that is Eddie Thoneick has fast become one of the most exciting and in- demand acts in the world of dance music – fact. Whether he’s demolishing crowds across the planet with his uncompromising, high-octane DJ sets, setting international charts ablaze with an insane arsenal of exquisite productions, or continuing his strengthening relationship with the legendary Subliminal label, Eddie Thoneick’s reputation as one of the finest masters of house music cannot be questioned. His rise to international superstardom is both inspiring and wholly deserved, but just how did he arrive at such heights? Let us indulge in a spot of history...After years carving out a reputation to be reckoned with on his native German soil, it was Eddie’s 2006 smash collaboration with Kurd Maverick, ‘Love Sensation’ that first gained him global attention from the likes of Axwell, Steve Angello, Sebastian Ingrosso, Erick Morillo, Pete Tong. When the following year his remake of C&C Factory’s legendary ‘Deeper Love’ also set charts around the world on fire, the German impresario found himself firmly in the thick of the action. His prime time slots on influential European radio stations Radio FG (France), Rise FM (Hungary), Nova Era (Portugal) and Alpha Radio (Bulgaria) bought him to the ears of millions, while remix requests flooded in from the likes of Placebo, Moby and Fedde le Grand, Armand van Helden to Sebastian Ingrosso,St eve Angello, Bob Sinclar and David Guet t a. From t he underground to the mainstream, they all wanted a piece of Eddie’s unmistakable Midas production touch.Fast-forward to 2010, and Eddie’s early supporter Erick Morillo was beginning to play a much more instrumental role in forging his career. Recognising his talent from the start, Erick signed Eddie’s track ‘Funk’ to his legendary Subliminal label. The pair began a rich vein of collaborations, including ‘Nothing Better’, ‘Live Your Life’ and the unforgettable anthem ‘Stronger’. Voiced by Shawnee Taylor, ‘Stronger’ soared to the top of international taste-maker charts, hitting #1 on the Coolcuts Chart, DDC Germany Chart, DMC World Commercial Chart, DMC World House Chart and #2 on t he DMC UK Club Chart and DMC UK Mont hly Chart . Defected invited him to mix and arrange the ‘Strictly Miami 2010’ compilation for Strictly Rhythm, while his ‘Live Your Life! – Miami 2011’ mix compilation adorned the cover of industry bible DJ Mag UK, further cement ing him as a main cont ender in t he world of house music.Eddie Thoneick had more than just ‘arrived’. Key dates within the dance music calendar came thick and fast. As well as his residency at Cocoon, one of the most revered clubs in the world, Eddie added trophy sets at Ultra Music Festival in Miami, Nocturnal Wonderland in LA and Pacha in Ibiza as well as tours across the United States, Canada, South America, Indonesia, Europe and the Middle East.As 2012 dawns, Eddie looks set to continue his rise to meteoric heights. February 14th sees the release of ‘If This Ain’t Love’; co-produced with Morillo and featuring the unmistakable vocals of Skunk Anansie’s Skin, the single starts off a run of heavyweight collaborat ive t racks including work wit h Deniz Koyu, Norman Doray and The Manufactured Superstars. With more solo productions to come as the year develops, the major labels vying to back future work, and extensive tour plans due to be announced, whether it’s on the road or in the studio, Eddie Thoneick is proving, without a doubt, that he’s a artist to be reckoned with over the next twelve months and beyond.