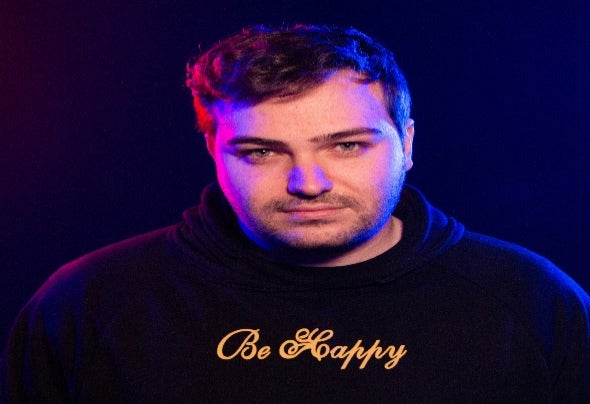 A Dj is more than a person who plays music, a Dj is the perfect conductor of emotions and sensations. He is the psychologist of the dancefloors. Lanchi, with his degree in Psychology, and together with his incredible sensitivity for music, is able to make people dance and control their emotions in his sessions. The audience is immersed in a journey in which Lanchi is their guide. At 25 years old, this young promise of the Madrilenian scene makes any kind of audience dance with his sessions, without abandoning his Tech essence that defines him so much, both in the booth and in his productions. Techno is his passion and his lifestyle, minimalist but forceful. The acid sound of his sessions makes people can not stop dancing with him. In his beginnings, despite his young age (14 years), he became the favorite DJ of his environment and gradually was making a niche in the capital of Spain, where today in addition to having managed to carve an important niche as a deejay, as a producer has managed to cross borders and international labels have decided to bet on their productions. Lanchi has played in legendary clubs in Madrid such as Ya'sta Club, Soniquete, among others, and without a doubt the public has always wanted to see him in the booth. That is why his performances have not been limited only to Madrid, quickly his Dj sets have become regulars in other major cities in Spain such as Zaragoza, Menorca, In addition to this Lanchi, has adapted to the current circumstances becoming a favorite Dj in online parties and festivals such as Keep The Beats Festival, Ratata HomeFest, Bloom (sharing the bill with artists such as Kryder, Eddie Thoneick and B Jones). His success has also been taken to radio and online platforms with his 3 monthly podcasts that are currently being played all over the planet. Underbeats, recorded live at Beats&Repeat; Can I Tech You?, with the best monthly Tech-House news; and finally his Techno podcast, We Believe In Techno.