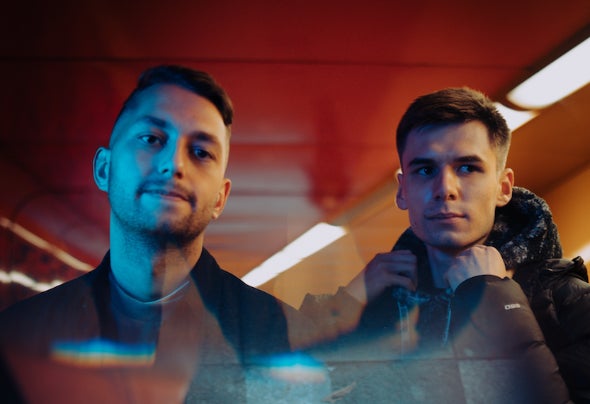 Deadline are one of the most exciting next-generation acts currently making moves in drum & bass. Hailing from London, the duo formed a few years ago and have progressively risen up the ranks ever since. Following performances at renowned UK clubs Printworks, Fabric, Ministry Of Sound, XOYO, E1, and international festivals Mysteryland, Outlook and Let It Roll, the pair are widely respected within the electronic music scene for their eclectic selection and technical prowess behind the decks. This eclecticism and attention to detail is also channeled into their music production, drawing on a wide range of influences such as garage, jazz & orchestral music, to create their own brand of modern drum & bass. 2020 has marked the start of a new chapter for the duo, with a string of singles released on respected labels, including Friction's Elevate Records & Pilot Records. Their first installments - 'Dominoes’ featuring D&B favourite Charlotte Haining, ‘Buttons’ with fellow one-to-watch Emily Makis, ’Never Be Alone’ featuring the formidable Alexa Harley, and Dreamer - were released to strong support from BBC Radio 1, Kiss FM, Rinse FM, Australia's Triple J, New Zealand's George FM, and have received UKF premieres, not to mention a selection of Spotify editorial playlist inclusions. They also delivered a much-coveted guest mix for René LaVice’s BBC Radio 1 show. Releasing your first music during a global pandemic may be a risk, but one which has paid off so far. As the year progresses, Deadline are truly cementing themselves as ones to watch in the drum & bass scene, and beyond.