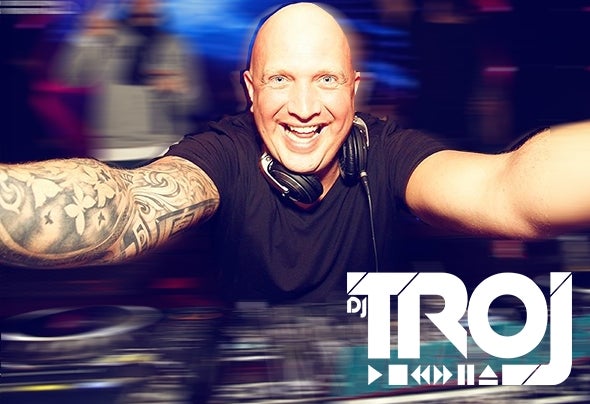 DJ TROJ (Jort Kuiken) started as a hip-hop and R&B dj in the early years of his career, it didn’t take long for him to make the switch to house music. (for the love of house) He loved digging for records in the record shops of Amsterdam, and playing them in the clubs. And he soon became resident dj of Club Dreams (Amsterdam) in 1998. After 4 years he decided to change his style from house to Eclectic, and in 2002 became the resident dj of Club Nasty (Amsterdam) till now. In 2010 he started his own party called HOUSE OF TROJ and brought the party to Club Rain (Amsterdam) and Bungalow 8 (Amsterdam). Soon after HOUSE OF TROJ, he started a different night in bungalow 8 called SNAP!. (The Night train) In 2012 he was asked if he wanted to play the afterparty’s at Escape Venue (Amsterdam) back 2 back with Robert Feelgood and they did so for 2 years.Then in 2014 he was asked to become the resident dj of the friday nights at Escape Venue (Amsterdam) called HOUSE RULES.