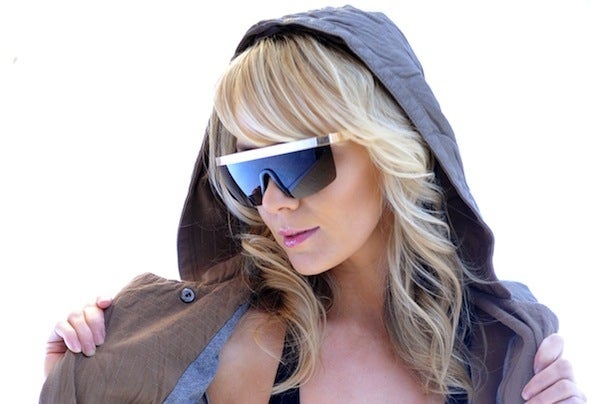 Rosie Romero is an artist whose name is known from coast to coast, having played each corner of the globe, Rosie’s rise to success has been phenomenal with her groove filled, prog house, techno chugging beats that ram her sets with so much action no dance floor is ever left disappointed!As one of the most hard working women in the dance scene today, Rosie is constantly on the go, time spent blitzing in the studio has seen her coming out with corkers like “Black Magic” which is out on Avanti that has gained support from the global super star Armin van Buuren, Eddie Halliwell and Markus Schulz, “Metallic” on the legend that is Todd Terry’s In House Records and the epic achievement of having a release out every six weeks on Blackhole Records… no mean feat!!When she’s not dominating the production side of things Rosie Romero is jetting all over the world to play at some of the most well renowned parties that the scene has to offer. So far she’s entertained the crowds of the outstanding Space Ibiza where every DJ wants to play and it’s been voted the Number 1 club in the world, Space Egypt, The Gallery for Ministry of Sound, Cream Club Tours, hit the shores of Hong Kong, Dubai, Thailand, Singapore, Poland, Brazil, Japan, anywhere that’s somewhere you need to be, Rosie has been there.She began her career in her hometown of Manchester playing for the Sankeys (currently ranked at the 7th most popular club in the world by DJ Mag readers) where she can still be found ripping up the dance floor and proving herself to be one of the scene’s movers and shakers. Now with over 25 countries and countless clubs under her belt, the experience she’s gathered along this glittering path has only gone to make her one of the most popular artists on the circuit today.The hype surrounding Rosie has meant that the big boys have stood up and noticed; with the world class label Subliminal snapping up her and Juan Kidd’s remix of Herd & Fitz feat Krysten Cummings “Addictions”, 303 Lovers grabbing her collaborations with Hauswerks, Todd Terry handing over his full support alongside John Dahlback, Roger Sanchez, Zoo Brazil and Nic Fanculli to name only a few, is testament to the talent this lady is over flowing with!We’ve not even touched on her ability to entertain the crowd with her enthusiastic action behind the decks that is so infectious not one person can escape the electrifying atmosphere she creates when the reins are handed over, without a doubt Rosie Romero is one to watch (in the worlds of Todd Terry himself).