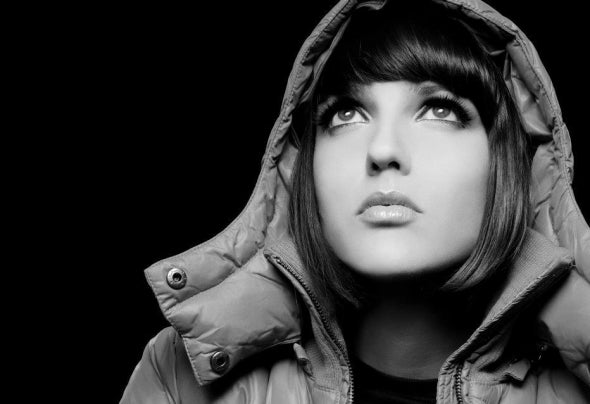 Joelle Atkins is a very talented D.J / producer based in London who fell in love with electronic music, like so many others, on her first visit to Ibiza in 2002. Soon after this eventful trip to The White Island she enrolled on a music production coarse by day and tirelessly honed her mixing skills by night. Her D.J career soon began with gigs across London at clubs like Ministry Of Sound, The Cross, Pacha, The Egg and The White House among many others. International gigs soon followed, seeing Joelle play Russia, Germany, Miami, Portugal, and Ibiza. In July of this year Joelle also toured India with Ministry of Sound - rocking clubs and doing various press interviews and radio. She is now currently resident DJ for Crystal Lounge at the W Hotel in Doha, Qatar.Check out a recent interview in fashion magazine 'Glam' below - p68-69.http://issuu.com/oryxmags/docs/glam_nov_lowJoelle is also a very talented individual outside the D.J box, where she can be found working very hard in the studio developing her production skills. Joelle made her debut production release with a remix of 'Festcar' by Quadrini on Influential House Recordings in 2009. This was soon followed by 2 remixes for Stripped Recordings, currently tipped by Sasha on Twitter as his favorite label. First up was a remix on Scott Harrington's 'Jungle Hot' and then 'Anjos' by Paula Pedroza & Jonny L.2010 saw Joelle release her own original track 'Reflekt' and another remix on Stripped Digital called Nikko Z - Happy 80's which was charted by one of her top 5 DJ's 'Hernan Catteneo at number 4 last month.Joelle can play all styles of house from Deep, Vocal, Tech, Progressive to Techo - even chill-out. She’s a crowd pleaser who is certain to rock any educated dancefloor.As far as other d.j / producers go Joelle sites the likes of: Pete Tong, Carl Cox, Joris Voorn, Eric Prydz, Mark Knight and Hernan Cattaneo as all having a major effect of her D.J and production sound and all this is matched by a bright, enthusiastic, friendly and outgoing personality to all she meets, making her destined for a long career in the music industry, watch this space!