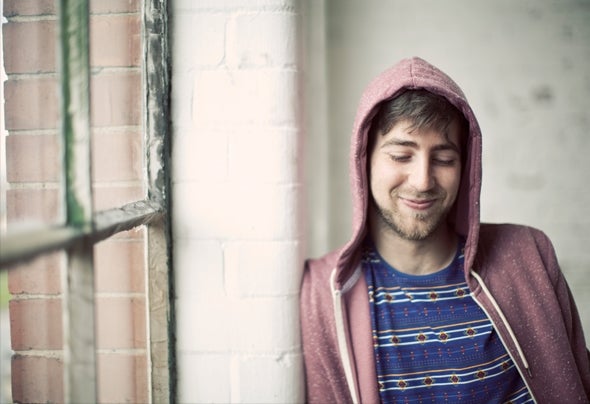 The last 12 months have seen a collection of highly acclaimed productions, combined with his live sets push Dibby Dougherty to be one of Ireland's most exciting and ground breaking young talents to cause a stir in the global dance music scene in recent years. Born in Derry in the late 80's, Dibby relocated to Northern Ireland's capital city of Belfast at the age of 19. Three years later he gained a residency at the city's illustrious club night Yello, voted an impressive number 33 in DJ Magazine’s Top 100 Clubs in the world this year. Further afield, he is frequently seen satisfying crowds at clubs in Dubai, Hong Kong, New York, Mumbai, Mexico, Switzerland, Germany, Ukraine and the list goes on. Covering a broad spectrum of electronica, his boundary pushing DJ sets are fundamentally based around futuristic ideas of house and modern techno; nevertheless his obsession with not being branded to any sound forces him to fuse elements from all walks of electronic music. Describing his production technique as "Energetic and twisted, but alive with emotion" - his distinct creations have been picked up and featured on respected labels such as Bedrock, Parquet, Renaissance, Audio Therapy & Global Underground. These releases have seen him grow huge support from the likes of John Digweed, Richie Hawtin, Dubfire, Funk D'Void and numerous others. To say that 2011 has been an incredible year already for this young man would be quite an understatement. Having already released his critically acclaimed debut mix album 'Exploring:Ireland' earlier in the year, there is an ever increasing list of singles and remixes due for release in the coming months, all of which feature his new production partner and good friend David Young. The last few months have seen these two lock themselves away in the studio and put in some severe hours honing their innovative style together. Their unique productions and re-edits have been charted by many DJ's including Sasha and have been played by DJ’s worldwide including James Zabiela, Nick Warren, Max Cooper, Marc Marzenit & Henry Saiz. Their ideas have evolved to see the boys create their own live show under the pseudonym 'DhARMA' which involves them morphing their personal sounds and editing tracks live.