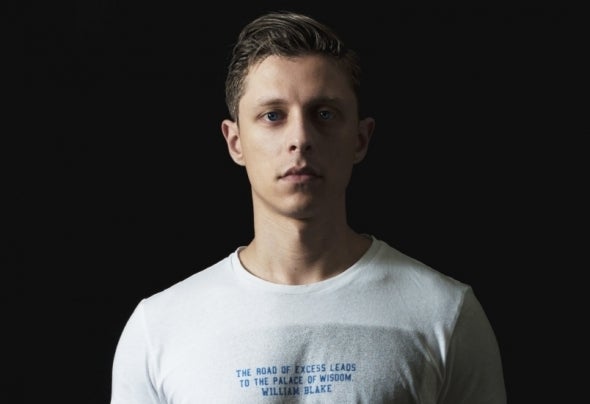 For Kassey Voorn emotion is central to music. Whatever the time or the place, music has to tell a story and represent feelings, and this is something he tries to bring to his own productions and DJ sets. Judging by the support his latest releases have received and an increasingly hectic diary, Kassey has achieved this and more, and he looks set to become one of the most exciting young talents in electronic dance music in 2012 and beyond. Kassey Voorn is part of the resurgent progressive house and techno scene, and has a sound that has won him much support across a broad spectrum of DJ and clubbers. A busy release schedule will mark the beginning of 2012 with remixes for Guy J on Bedrock Records, Nick Muir on Vapour Recordings and John "Quivver" Graham on Selekt Digital. Original productions come in the shape of ‘Lost in Jumeira’ including a Vincenzo remix on Audio Tonic Records from Dubai, and ‘Viola’ with a Dosem remix on Afterglow Deep from Germany. Collaborations with other artists gaining international recognition are also forthcoming including DNYO, Deepfunk, David Granha and Monaque. Kassey’s story begins in Athens and he continues to be based in the Greek capital. He was absorbed by music from an early age devouring everything from ‘80s pop, new wave and rock, and film soundtracks to the emerging sounds of house and electronic dance. From this came the growing sense that his future lay in creating music and performing in front of an audience. Inspired by hearing the likes of Hernan Cattaneo, John Digweed and Sasha play when they came to Athens, it was one particular night with Cattaneo at the controls which proved pivotal for Kassey. He walked away from the club knowing this was where he wanted to be and with a head full of ideas. By 2007 Kassey was turning these ideas into reality. Starting simply using the Fruity Loops programme and building from there, Kassey would spend every spare hour developing his studio skills and pushing himself to create a style of his own. Such was his commitment, in fact, that friends would rarely see him, but it was time alone well spent, and it wasn’t long before Kassey had secured his first release, ‘Life on Hold’ on SK Supreme Records, in May 2008. This was the first of many with other labels soon picking up more of Kassey’s tracks. These included Vapour, Baroque, Babylon, Low Battery, Inkfish, Lowbit and Afterglow Deep, while there were remixes for microCastle, Flow Vinyl, Proton, Frisky, Hernan Cattaneo’s Sudbeat imprint and a version of Guy Gerber’s ‘Timing’ in collaboration with Pete McCarthy on Cocoon Recordings. Add several compilation appearances as well as DJ support from Sasha, John Digweed, Laurent Garnier, Dave Seaman, Nick Warren, Guy J and more into the equation, and Kassey had firmly established his credentials as a producer. Alongside his growing stature as a producer, the last two years have seen Kassey bring his sound to clubs across the globe. Highlights include a tour of the West Coast of the USA in 2010 as well as dates in Russia, Kosovo and, a personal favourite, the legendary Audio Tonic night at 360º in Dubai. 2012 looks set to be even busier with Kassey now represented by the Flow Bookings agency based in Portugal. As well as a string of new releases, 2012 will see him step up to the plate with a guest mix on John Digweed’s ‘Transitions’ radio show on January 19. Digweed isn’t the only leading DJ who is taking an interest in Kassey; Sasha has asked him to contribute to his Soundlab project featuring sounds and software instruments from his ground-breaking ‘Airdrawndagger’ and ‘Invol2ver’ albums. Kassey has produced five demo tracks using plug-ins from Sasha Soundlab as well as creating the soundtrack for the promotional video. Whether it’s in the studio or behind the decks, Kassey brings creativity, imagination and above all, emotion to his music. It may not be something that’s easy to describe, but it’s at the heart of everything he does. “It all depends on the moment,” explains Kassey. “I like epic melodies a lot, but also heavy grooves. In both my DJ sets and my productions, I try to tell a story that has a proper flow to it, and builds and builds. The feelings in music are just as important as the production quality.” Only in his mid-twenties, Kassey has already made a substantial impact on the international progressive house and techno world. His passion and dedication are clear to see, and this is just the beginning with much more to come. “I want to be touring the world,” he says, “and giving people big smiles and tears of joy with my tracks and performances.”