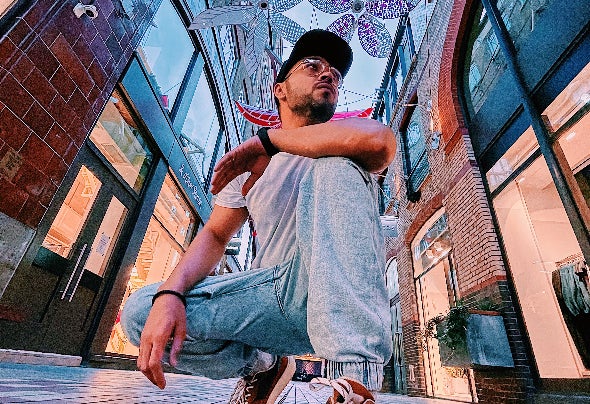 Gagan Gandhi a.K.a “Skyknock" a Music Producer/DJ currently based in London,UK. Under the alias “Skyknock” he has been associated with over 22 International record labels and released over 70 records across genres such as EDM, Progressive House, Deep House and Downtempo with most of them topping the Beatport charts in the past 5 years. His work has been supported by renowned artists and radios such as Infected Mushroom, Hardwell, Tiesto, Don Diablo, Morgan Page, Chicane, Blasterjaxx, Swanky Tunes, Yves V, Steve Angello, BBC Radio 1, BBC Asian Network, and many more internationally. He was awarded with India's no.1 Chillout Music Producer Award 2012-2013 by MyFavDJ.in for his promising music. He has a large number of following on Spotify, with nearly 3 million streams from around 700k listeners in 69 countries. His songs have been featured in over 15 Spotify Official playlists such as The Remix Party, Pop Remix, Fresh Electronic, Hot New Dance, Taiwan viral 50, The Sound of New York US, The Sound Of Los Angeles and many more. His songs have also been included in over 25k Spotify user playlists. He has got some major support from renowned Youtube Playlists/Channels such as xKito, Future House Music, Nic Cooper with over 6 million streams. With his music he aims to provide audiences all around the world with the best Electronic Dance Music, spreading the message of peace and harmony.