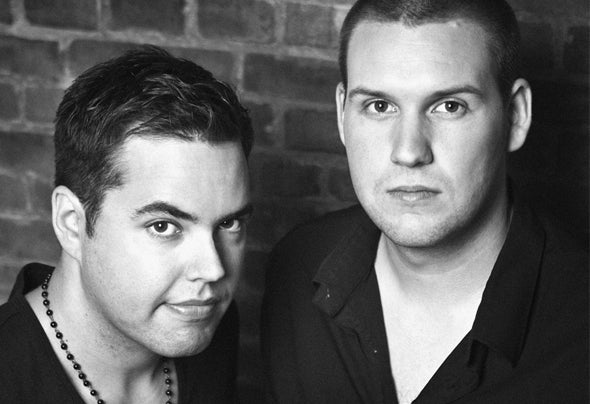 When Thomas and Erik – both born in 1984 in the Dutch city of Almere – bumped into each other in their home town , they soon learned that they shared a passion for dance music. Over time, their friendship only grew stronger, as did their musical abilities. Their focus was very much on deejaying and producing music. And in early 2005, they decided to go professional and see where their music would take them . Hence, the creation of DJ duo Remaniax!By mid-2006, their first Remaniax productions received glowing reviews, and some of them were played by prominent DJs. Productions like Wreck The DJ even reached No. 49 in the Dutch charts, while Pimpin’ entered the Beatport top 10.At the beginning of 2008, Thomas and Erik launched their own label, Doner Digital Records, named for their favorite after-clubbing food: doner kebab. Not only is the label doing particularly well. Even their remixes are selling like hotcakes including their mix for Tom de Neef and Laidback Luke, which is licensed internationally.In 2009, they remixed Modjo’s classic Lady, which has been widely supported on compilation albums and by fellow DJs, including DJ Tiesto. With various successful releases, remixes and DJ gigs throughout the Netherlands and Europe, 2009 shaped up to be their best year yet. From the looks of it, the two Dutch DJs- producers will have no problem keeping up the momentum in 2010.