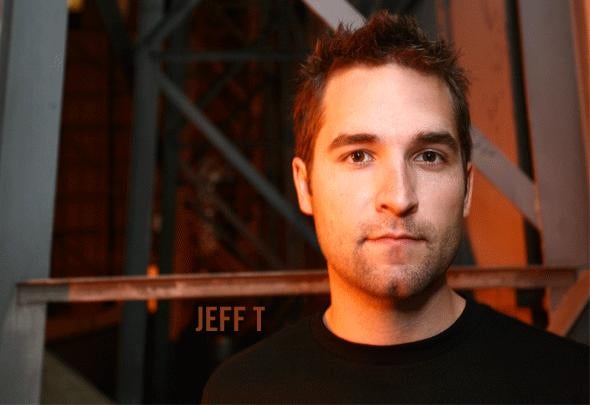 Hailing from the crowded streets of Los Angeles, DJ/Producer Jeff T has emerged as one of the newest and most exciting additions to the electronic music industry today. With over 20 releases and an unquestionable amount of support by some of the world's biggest DJs and radio stations, this rising young talent has unmistakably made his mark. With a musical background in drumming as well as DJing professionally since 2000, Jeff’s sound derives from what most would consider to be the core elements to creating dance music. Infectious basslines, chunky percussion, topped with relentless funk...his music continues to push the envelope and leaves music lovers waiting for more. Influenced by artists such as DJ Sneak, DJ Dan, Richard Vission [and artists alike], Jeff’s sound has an old school sound mixed in with the new – and beyond. Consistent chart topping releases and a busy DJ schedule are only the beginning for Jeff. He strives to bring something new to the table and never loses site of what’s most important to him - rocking the masses.