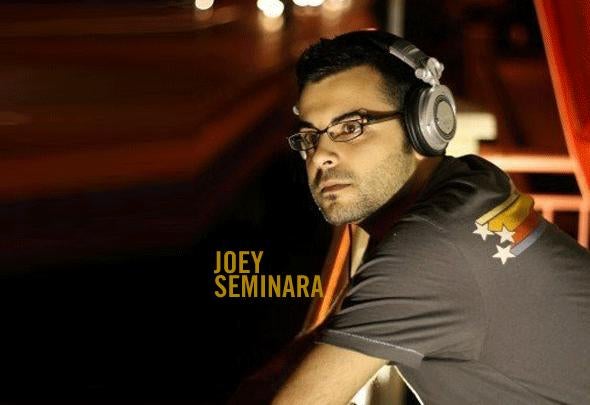 With a degree from Mississauga Trios College for network engineering, Toronto born Joey Seminara, (born Giuseppe Seminara) is someone who has come into his own in 2007. Being struck by the music bug early on in his life, Seminara began feeding his musical hunger in 2002 when he started DJing. Seminara pleases his crowds by dropping harmonically rich analogued basslines with abrasive high pitched leads with the occasional piano rift or enriched vocal. A student of the electro style but with a love and appreciation of the progressive genre, Seminara often plays a mixture of the two creating a unique harmonic sound with a congruent pattern. A regular at FILM night club in Toronto, Seminara has played at most of Toronto’s house clubs including: Club Hotel, Inside Nightclub, Pulse, Lot 332, Mink, Footwork, Tonic, Kai Lounge, Opium Lounge, Milky Way, Body English, Club Ibiza, Cache Lounge, and Club V. Seminara also played the World Electronic Music Festival this year as well as numerous of boat cruises across the city of Toronto. Seminara is already looking towards a big 2008. His track "Just the Tip" charted 3 on Beatport's Top 100 overall and 1 on the Electro Top 100. It has also charted on various international DJ’s Top Ten Lists as well as being played on various electronic music weekly radio broadcasts. With more studio time scheduled for late 2008 and various events scheduled, Joey Seminara looks to continue feeding his musical hunger as he continues to break out in the scene.