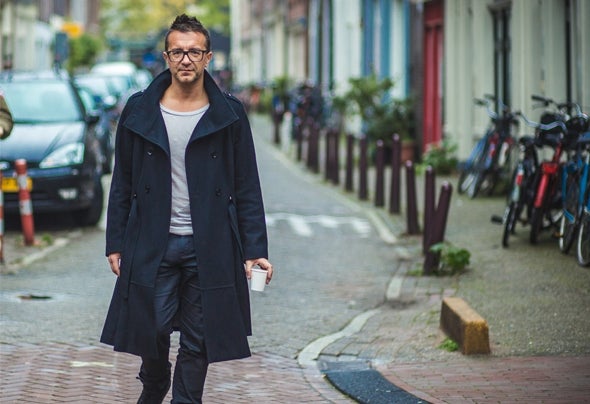 With an unparalleled legacy in the annals of analog and digital electronic music John Acquaviva can boast and list pages of accomplishments in just about every aspect of the music world. But let's not talk about the past right now. Surging to the very top of the production and DJ world in the past handful of years with a steady stream of club anthems and chart topping tunes, his productions have won over and set the mood for an entire generation of clubbers and clubbing worldwide. Not satisfied with just his own work, Acquaviva has also relaunched the seminal Definitive Recordings imprint, taking it to its highest levels ever, fostering new artists, DJs and producers such as Olivier Gaicomotto, Kid Dub, Robot Needs Oil/Greg Kobe, to mention but a few. The tireless Acquaviva is perpetually on worldwide tour, trying to keep up with all the requests. Due to incredible demand the past year he has been featured at some of the key Spring and Summer festivals, including BENICASSIM, Global Gathering, Kaballah in Brasilas well as key summer dates such as the Privilige 2008 season opening party in Ibiza, Space with Danny Tenaglia, Nikki Beach in Marbella, Cocoricco in Riccione, Tito's & Abraxas in Palma and closer to home at Toronto, Canada's new mega-club CiRCA with a host of others in between and all over. As a quick refresher course, John began his international career in 1989 with Richie Hawtin by founding one of the world's best known and influential techno labels, Plus 8 Records. In 1993, Acquaviva and Hawtin also founded Definitive Recordings and the label is now celebrating 15 years of legendary club and underground anthems. An acknowledged pioneer of new music and ideas, John was one of the first people to take notice and embrace electronic music's digital future at the dawn of 2000 by championing Final Scratch. And following that success, John took another enormous step to help launch Beatport.com, the biggest dance-music download site in the world. His international career has spanned 2 decades now, having DJ'd professionally for almost another decade before that. Throughout thousands of parties millions of people have heard him play and continue to keep him in demand. Get in line or get on the guest-list if you can, and get into the sound and vision of a new generation. For more information, DJ dates, new charts, videos, images and a monthly podcast, and information about releases on definitive recordings check out: www.john-acquaviva.com www.myspace.com/acquavivadj www.definitiverecordings.com www.myspace.com/definitiverecordingsmusic contact: jacq@jacq.com