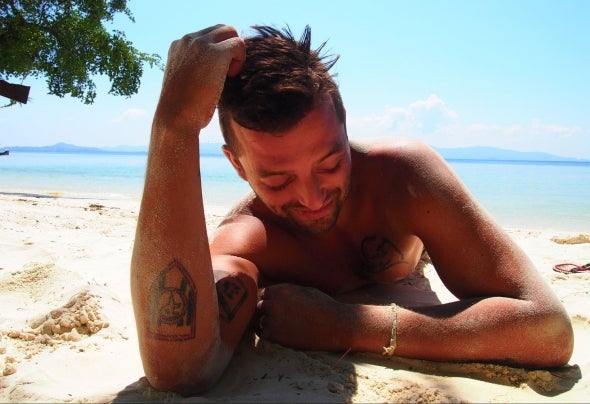 Its 2014, and When it comes to hedonistic beats, rising house sensation Jourdan Bordes is living the dream right now. For the past 10 years he has toured the world over as A DJ . In 2006 he toured with Paul Oakenfold to over 30 city's in North America(A Lively Mind) . In 2007 He joined the prestigious House music label Om Records and performed in Bulgaria,Dubai,Hong Kong,Tokyo,Manilla,Taipei, and every major city in North America. . Hailing from the US and now residing in the party capital of Asia(Koh Phangan Thailand) you can regularly find him energetically gracing the decks at one of the many residencies he has at the prestigious Full Moon Party,Beach Gatherings, Boat Parties & the amazing Jungle Gatherings that attract tens of thousands of party people and house heads from across the world(Each Month) . As a producer , Beatport has labeled him as "One Of The Hottest Young Guns & Upcoming Producers in the scene today ". In 2012 He signed his first remix to "The David Lynch Music Foundation" and joined a roster with the likes of Peter Gabriel ,Moby, Maroon 5, Iggy Pop,Emmanuel Jal,Arrested Development & Many others . Now signed to Bush Records,Alter Ego Recordings,Moon Island,Uniform,EJ Underground & Komplex Sounds, Jourdan Is gaining positive support from the Worlds Elite Producers and DJ's such as Markus Schultz,Above &Beyond,Umek,Ferry Corstien,Phil Hartnal(Orbital),Graham Gold,Kenneth Thomas,Noel Sanger , Darin Epsilon & many others . When you go to an event you want to connect with the DJ , JourdanBordes brings passion and infectious enthusiasm while in the mix .