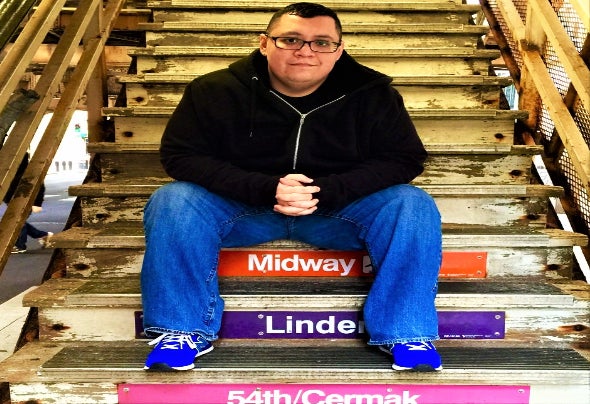 Heavily influenced by his hometown of Chicago, DJ Threejay has continued to hone his skills with House Music and fine-tune his sound, making clear in the process why he is one of North America’s most in demand House music artists landing a #1 on the top 100 chart as well as countless top 10 music releases. In year 2021 "Saturday Vibes" dominated the top 100 chart in the #1 position for 3 months and remained in the top 100 chart throughout, in addition to the digital release a vinyl record was released which was just as successful being sold out in its first couple weeks from its pressing. SiriusXM Radio host Danny Valentino recognized Threejay as "A Staple in the Chicago House Music scene for quite some time" when he was introduced on the "NU Disco hour" show with the #1 listeners choice song pick "Show Me Tonight" which was a debut on the show the week previous. In this past year alone, 33 of DJ ThreeJay's tracks have reached Top 100, With dance floor weapons like 'Saturday Vibes', 'I Believe In U', 'Show Me Tonightl', and many more. After influential and impactful years of music releases Threejay consistently remained on the top 100 chart week after week with music releases that were true to the Chicago based sound with a new flare of production that led to the audience giving names to Threejay and production partner Patrick Wayne such as "Team Chicago" & "The Batman & Robin of Funky Chicago House Music" Threejay is a widely respected producer, presiding over a multi-label House music empire having been named in the Worldwide DJ / Producer rankings for 5 solid years on the “Traxsource Top 100 Jackin House Artists” rising in 2021 to a #19 position his highest position to date with previous years including #68 in year 2020, #75 in year 2019, #54 in year 2018, #97 in year 2017. STAY CONNECTED: www.facebook.com/Djthreejay312 www.soundcloud.com/deejay-threejay www.instagram.com/djthreejay312 www.twitter.com/djthreejay