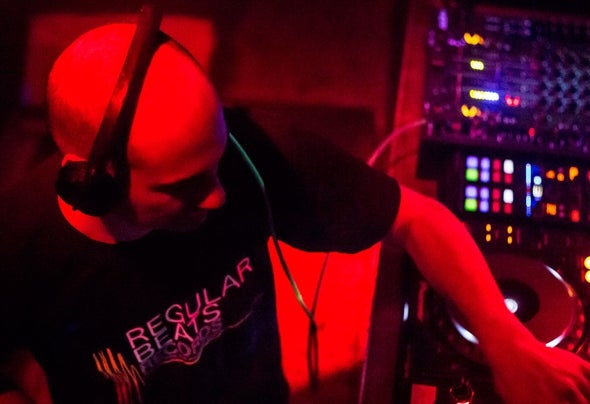 Atesh K. Was born in Nicosia, Cyprus. In the early 90s he was influenced by the electronic music emerged from Detroit and Berlin which is called techno. When you think about working with beats and rhythms as a dj, being a drummer for him was a blessing when he start to mix records in 1995. He was always interested in making music even before he started Djing so while he was developing his DJ sk ills and carrier he start to make techno in his small home studio. His first release came out in 2002 on DJ Sets Records in Berlin. In 2005 he start Regular Beats Records with his partner, Mustafa Goze, from the collaboration project called “DEEP”. After the big success of the debut album “Super Illusions” by DEEP, he start to release his music on Regular Beats Records as well as on other well known and established labels around europe, Kostbar, Frequenza, Naked Lunch, Outland just to name a few. His releases have been supported by Richie Hawtin, Slam, Marco Bailey, Tim Xavier, Cari Lekebusch and many others. Besides music, he is running his own lounge bar in the old city of nicosia.