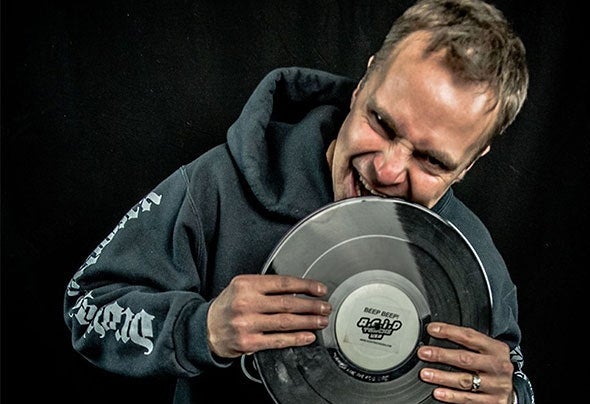 Crushing dancefloors and cranking out studio sessions for over 20 years, Michael Wenz justifies his reputation, as not only oneof the Midwest's most prolific performers, but one of it's finest engineers. Michael has been an undeniable force in multi-genrestudio work (including Rock, Hip Hop, Heavy Metal, and Instrumental among others) with hundreds of carefully crafted recordsand albums to his credit. Since his own 2003 debut on the legendary Drop Bass Network Label, Michael has written andproduced tracks & remixes for dozens of groundbreaking Techno labels such as Naked Lunch, Elektrax, Drumasheenz, NoiseComplaint Records, USUK, Achromatiq, Toxic Recordings, Silver M, Dreizehn Schallplatten, Betrieb Records, Hydraulix, and manymore.Michael's crucial role in the growth of the Midwest's underground rave & club scene began with his graduation from audioengineering school in 1999. Shortly after, he landed an internship at Artist Underground Recording Studio, where he wasmentored by accomplished guitarist and author Troy Stetina. Michael's commitment to music put him in a position to play infront of thousands of people week after week making him a well-known and respected Mid-West Techno DJ. Simultaneously,Michael continued to work side by side with Troy, recording bands until 2007, when the art of mixing and mastering took hold ashis primary focus. From 2010 until 2012, Michael held his DJ residency at the Bad Genie in downtown Milwaukee, whilecontinuing to play events and festivals around the Midwest. Michael's growth as an in-demand engineer & producer ultimatelyled him to move into a professionally treated space in 2012, where he works with bands and artists to this day. 2016 saw abusiness/website rebranding to WenzMastering.com (previously Redline Audio Mastering), solidifying his present-day status asa world-renowned multi-genre audio engineer.