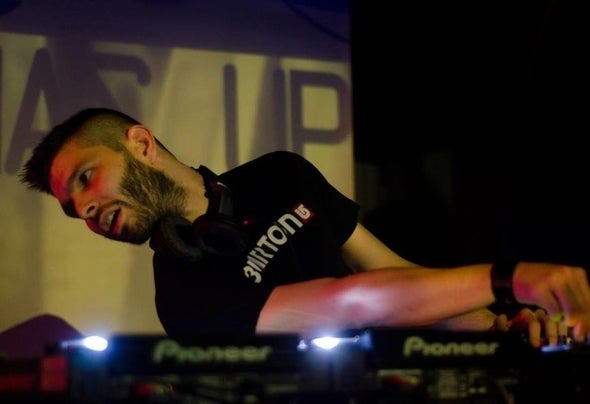 Nas Up was born and raised in Greece, where he studied music technology & sound engineering at the age of 18.He began playing at various clubs, joining many parties and performing as a guest dj.He worked as a sound engineer at the greek national Radio in 2010.It all started at 15/09/2014 when Mantide Records released the Ep “Subjection”,Nas Up’s first Ep together with the Greek artist, Sickfest. The Ep contained 3 dark techno bombs and received positive feedback from legendary names in the techno industry.Also, it has participated in big events at Trust Radio with guest DJs such as Marc Romboy , Stephan Bodzin , Terence Fixmer , Gregor Tresher , The Hacker , the legendary Zombienation , Spartaque , Marko Fuerstenberg !! Nas Up experiments mostly with dark techno and hard dark electro-minimal sounds. Of course we couldn’t neglect to refer to his big love, progressive house, which accompanied him in his first steps!He has also performed at many internet radio stations around the world (U.s.a , Canada , Sweden , Finland , Denmark , Germany , Uk and more) as a guest dj.At the time being he has as main fields of occupation the music production and runs his own weekly residency @ Trust Radio