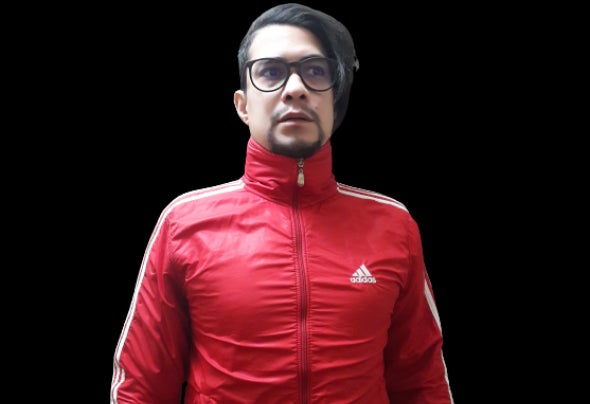 K-M3L is born in the Tiger Anzoátegui State (Venezuela) on the 20th December 1983. Currently is based in Romania, since 2012. He started his career in 2007, in his origin country Venezuela, playing in clubs and events. Distinct characteristics in the scene are what identifies him, his DJ sets are explosive and with a lot of dynamism, not maintaining one single line, having a very proper style, ranging from Peak time/Driving, Industrial, Acid, Raw and dark techno, creating a good atmosphere to his audience. He is an artist driven by consistence, vision and passion, having gigs in countries as Germany, Austria, Romania, Venezuela.In 2019 he founded his own record label called Teoria perfekta influenced by sounds such as Industrial techno, Acid, Dark, Raw, which has had the support of elite artists such as Amelie Lens, Fatima Hajji, Kerstin Eden, Gaga, Resistohr, Candy Cox, Belocca, among others. Promoting techno quality in the electronic scene.He produced in many top labels as DSR Digital, Finder Records, Wicked Waves Recordings, Sound Dissonance, Ushuaia Music & more that received the support of biggest international DJs (Gaga, Danny Tenaglia, Mark Sherry, Spartaque, Marco Carola, Lea Dobricic, N.O.B.A, Nadja Lind and more).His achievements in producing started in 2015 his remix “Feel Mahatma” for Dual Fuel ranked #65 in the Beatport Chart. from then on he has had several appearances on the beatport chart top 100. Another achievement happened at the beginning of January same year when K-M3L worked together with Kami in an EP for Klinik Room that reaches the position #7 in the Beatport Releases chart. He become internationally known starting 2010, thanks to the track "2000 watt (K-Mel re-edit)". Jaime has mavde few changes to the original track, 2000 Watt, belonging to DJ/Producer Brian Sanhaji, reaching European public through this version.