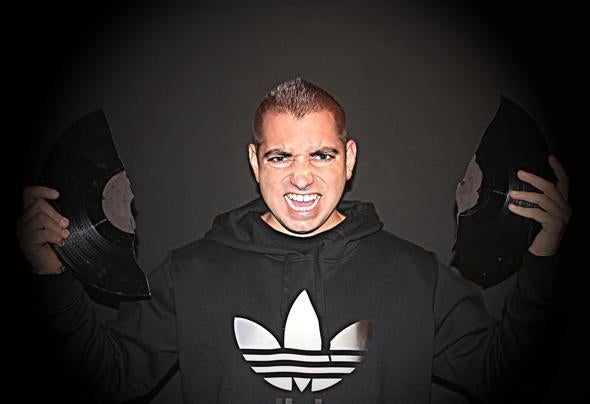 GUIL UZ AKA ( Xplotxion Records / Dream Clubbers ) España. He began his musical career in 1996 with only 14 years of age. since then has not stopped working in the best clubs and festivals in the South Spanish,his sessions are highly acclaimed specially for closing night, by the strength of his sets only vinyl and / or 3 decks. This young artist is not only characterized by its mise en scene as a DJ,but also as a promoter of events, having achieved the most successful nights in the province of Almeria, see: Sun Parade, Dream Clubbers, Extrem Night, Xplotxion Festival and a huge list of collaborations in nightclubs and clubs. Industrial Copera , Sala Malibú, Sala Boss, Sala Loop, Chamán, Embrujo, Taxara and a long etc.... Are some of the nightclub that guarantee the trajectory of guil uzaka as dj, and festivals of important relevance as: Circus Nation , Sun Parade, Tour Code, Music Frog , etc...which has led him to share a cabin with a long list of international elite artists as: Umek, Cristian Varela, Pascal Feos, Oscar Mulero, Valentino Kanzyani, Marco Baile, Christian Smith, Ken Ishi, Technasia, The Advent, Takaki Ito, Industralaizer,A.Paul, Gaetano Parisio, Fatima Hajji, Murphy, Pepo, Eric Sneo, David Moleon, Horacio Cruz, and a long etc....... Today is immersed in a production project,its surround sounds, acids, strong and full of changes makes it a different job. Along with his colleague and friend Sozinho have created Xplotxion Records label, where they will collaborate with prestigious dj the techno scene.