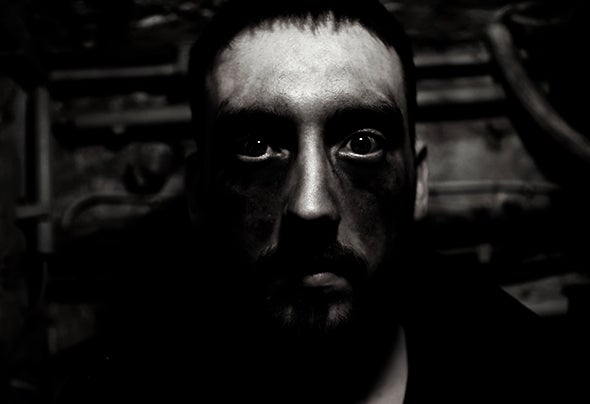 Diarmaid O Meara is name dug into the electronic music scene like a tic for almost a decade. A Berlin based Irish artist, deep into intense but soulful, atmospheric but industrial, heavy but spaced techno. Specialised in intense two and three turntable Dj sets. With regular releases since 2009, an enviable gigging schedule, his Gobsmacked imprint moving through its second century of releases, and several years into his biweekly Audio Affair radio show.Firmly planting himself in a front seat in the international Techno scene, be it through critically successful and supported tracks, complicated performances, or his far reaching Gobsmacked brand and label. Diarmaid O Meara, is a name that has quite rightly been etched into the minds of a sizeable and ever growing chunk of Europe’s even more sizeable and ever growing Techno cult.After an intensive and successful number of years of acclaimed releases and remix’s across numerous top labels, collaborations with numerous artists, and being named at the beginning of 2009 as ‘One to Watch’ by M8 Mag UK... Diarmaid was branded as “One of Techno’s brightest new stars” in early 2010 by Tilllate Magazine following features in a myriad of music publications including Notion, Tilllate, CORE, DJ Mag, I- DJ, Connected, Faze, Side-Line, and radio and music tv features about the release of his Structured Noise and In Your Head albums. This, alongside endless production work, collaborations, and a hectic gigging schedule alongside his uniquely intense, energetic, and entertaining style of two and three turntable techno mash up sets, has placed Diarmaid up there with his peers as one of the best in his field to emerge in recent years.