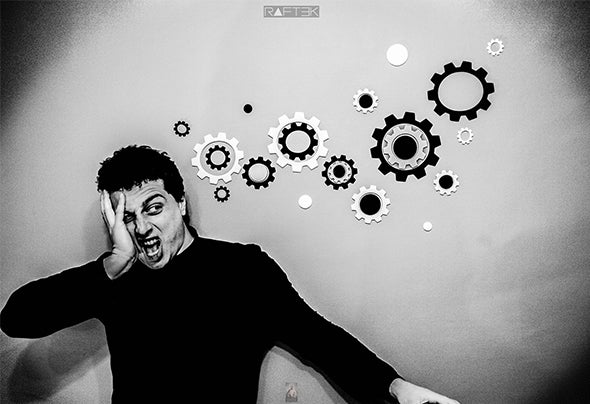 Raftek, Raffaele Landi, was born in Avellino in 1985, he cultivated his passion for electronic music, preferring the genre Techno.He founded in 2008, in collaboration with Giulio Cini a duo called ATProject, a musical partnership that brings them on the most prestigious stages alongside the international guest stars in many party of European country.In 2009 he earned the title of Sound Designer at the Yamaha school "Spazio Musica" (in Naples).He Realized 3 album (In 2013, 2014 and 2016)A very close relationship with the ATProject connects Simone Pani a.k.a. Dj Saimon, in which producing many quality collaborations, and with him became the owners, in 2014, to a record label: Kevòd Audio.In 2014, after a postproduction in his study began in 2012, realized in collaboration with director Ermanno Bonazzi, an independent film called "The Underdog." He is the film sound designer, director of dubbing and produces 2 electronic songs featured in the film.Raftek played in the most important club of European country, such as Tresor (Berlin), Panama Club (Amsterdam), Old River Park (Naples).In 2014 Founded an musical association called Techno Culturae to celebrate the Techno music in his town.