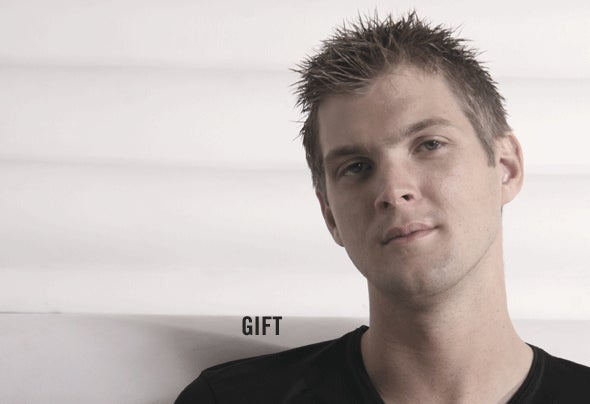 Biography for Kevin Alves a.k.a Gift Kevin Alves, better known as “Gift”, was originally from Chicago but moved to Denver early on in his life and has lived there since. Gift started DJing in 1998 and landed his first DJ gig at the biggest club in Colorado at the time—Soma. Gift became the resident DJ for Silver Saturdays at Soma at only the age of 18 and held that residency For 2 years. While at Soma, Gift had the chance to spin in the company of superstar talent such as Sandra Collins, Chris Fortier, Nick Warren, Timo Maas, Jerry Bonham, and a majority of the other DJs from the Balance series. Gift luckily had the chance To open for Chris Fortier one evening during his residency at Soma. Chris Fortier listened to Gift’s set and decided to call him later and invite him to be in the Balance record pool. Accepting the offer, Gift became the youngest DJ ever to be involved in the Balance record pool! After his residency at Soma and invitation to the Balance record pool, Gift’s popularity increased immensely throughout the electronic music scene and clubs in Colorado. He spun at many of Denver’s largest and most popular clubs such as Pure, Amsterdam, and The Sanctuary. Throughout the past few years, Gift had the chance to greatly expand his musical comprehension and experience some of the greatest progressive music gems. These opportunities eventually interested him into producing music that would be spun around the world in the same manner that he had spun tunes from other famous dj`s and producers. Shortly after this, interest in producing began; he produced his first release “Duration” which was signed to Pure Music. Gift’s production abilities developed rapidly from then on. He currently has two more releases out now on Vapour Recordings "Im Inside You" and a single on Nervine Records new compilation. A Blue Manta remix on new hot label Alter Ego. Also he has 2 new tracks out on Lost Language compilation Exibition 3, one which includes Tilts new hot track "A New Day". His interests in progressive music production and DJing will never diminish and are consistently maturing and expanding as he becomes even more widely involved in the community of professional production. Even today the biggest DJs are playing his tracks in the largest clubs around the world: Sasha, Steve Lawler, John Digweed, Chris Fortier, Kasey Taylor, and Hernan Cattenaeo to name just a few of the DJs. Most recently Gift was signed to one of the most popular record, Lost Language and has remixed tunes originally produced by world-renowned producers Tilt, Leama & Moor, and also Luminary! In 2004 Gift opened up his own label “Mirror Image Recordings” which is a exclusive beatport label. Gift also has a remix of “Like A Waterfall” from the new album by Jes which will be released on Blackhole, look for it soon! “I Believe music is a gift to us all, and I want to share a (Gift) of music to people”