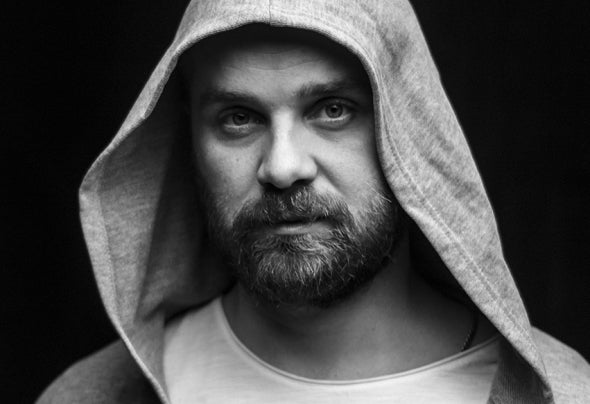 Arseny Volos - Ukrainian DJ and sound producer, which is representative of a new, but rapidly developing project Alan Wools. At age 14, he graduated from music school, class piano, but the first impulse to write the music appeared in 16 years. More fruitful and interesting work began only with the purchase of his own computer and synthesizer, then it was the work in the style of Break beat under the name Kolabus.In 2007, together with Dj Muk project was created a new project Dub Makers. The work began in the style Minimal. After writing the first track "Enable", the guys started to try their hand in different directions, not going beyond the taken style in electronic music. During its existence, the project has managed to earn popularity in many countries. Remixes of "Synthetic Sound System - Promise me" and "Moonbeam feat Avis Vox - Storm of Clouds" brought a lot of benefits and significantly influenced the fame of the guys. Dub Makers took part in the biggest events in Ukraine - Godskitchen Urban Wave, Global Gathering, Kazantip Z'18. In October 2010, the boys became residents of the country's most ambitious radio station Kiss FM and started their own radioshow called «House Boys».After working for five years in the project Dub Makers, Arseny started his solo career under the name Alan Wools. He made a successful debut with a new track “Unlawfully”, which came out on the platform of the label IAMT. Talent, hard work, and positive character couldn’t be overlooked by leadership of the imprint, and in the autumn Alan Wools has become a full member of the family IAMT. Evolving towards Techno, he is rapidly gaining love of students and confidently going to his dream.alanwools .jpg