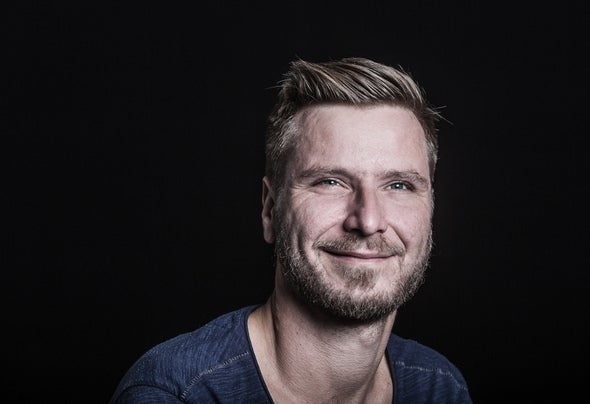 Brlee started as a long time resident DJ at clubs Casablanca and Escape, played at all other smallest and the biggest Slovenian clubs and clubs across the Europe (Ibiza, Croatia, Barcelona, Amsterdam, Manchester, Bergen, Vicenza, Budapest, Sarajevo, Prague, Sighisoara...), he's also a regular guest at most visited music festivals with electronic music in Slovenia, Croatia and neighbor countries. He spent most of his summer in 2014 in Ibiza and so he became a resident DJ of the club Bora Bora and played on very well-known "The Secret After Party" events, followed by Brlee's appearance in SPACE club on "This Is Revolution" event, which is the best known event venue and largest clubbing organization that brought on stage artists like Carl Cox, Boris Brejcha Richie Havtin, Luciano, Joris Voorn, Hot Since 82, Eats Everything and other big names of electronic music. Brlee was preforming also live on Global Ibiza Radio and other clubs on the island. In 2015 he began the cooperation with his longtime friend and also a producer and a DJ, Marc Grabber. They've joined forces on basis of their mutual music taste in the studio by working on a fresh approach and new music genre of melodic house-techno. In 2016 he founded his record label - OVERLOAD RECORDS and he has two of his own releases on this label - his rst EP is called “Visions/Reality” and the second one is “Pangea” for wich Several Denitions did the remix. This tune was played at CERCLE - one of the best video streams with the most beautiful locations in the world. In 2016 he became a resident of the Ambasada Gavioli, which is a world-famous club, and where he ashed alongside Solomun, Kolsch, John Digweed, Eric Morillo, Dubre, Matador, Lehar, and many others. The rst tune from this EP - Ghost in the jungle, was presented by DJ Magdalena on TOMORROWLAND in 2017 as an unreleased musical gem. She played it as the rst tune of her set.