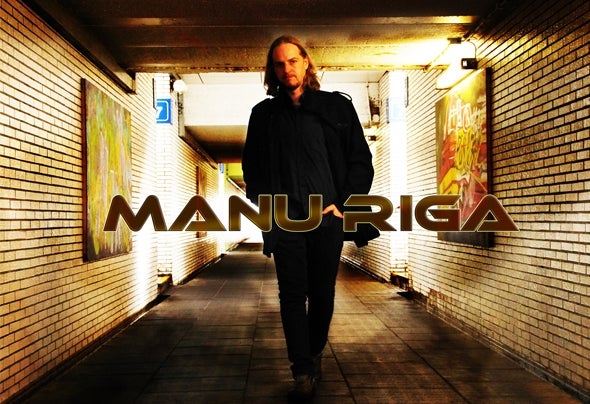 Manu Riga was formed in 2004 by Adriaan Baussens and not long after this in 2005 he released his first single, "Good Feeling", with a remix from Dr Kucho on Okina Music, this rode high on the Belgium dance chart reaching number 22.Manu Riga didn't feel at home then due to problems with distribution which in turn had an impact on the creative process.After a break of two years, Adriaan gave Manu Riga a second chance but this time he promised he would only follow his heart and do what he liked to do.After sending the 2005 track "Tai Chi Girl" to Bonzai Music he found his new home. Bonzai recognised the potential and appreciated his approach to music and an artist deal was signed in 2010.Soon after this remixes for Quadran, George V, Art Of Trance and many more were requested including remixes for Blufeld, Planisphere, LoQuai and Crocy to name just a few.Adriaan's style is progressive with a touch of emotional synth and a tribal backdrop, this was evident in his release "Time In Between" on Bonzai Progressive.The single "No Matter What" on the same label followed with remixes from Moshic, Kintar and others.To date (2013) Manu Riga has an impressive list of releases, more recently with "The Darkness Within" and "Everything Comes To An End" both of which saw lots of support.With much more in the pipeline including an artist album, we will be seeing a lot more from Manu Riga in the future.Manu Riga's productions and remixes can be found on all good download stores.