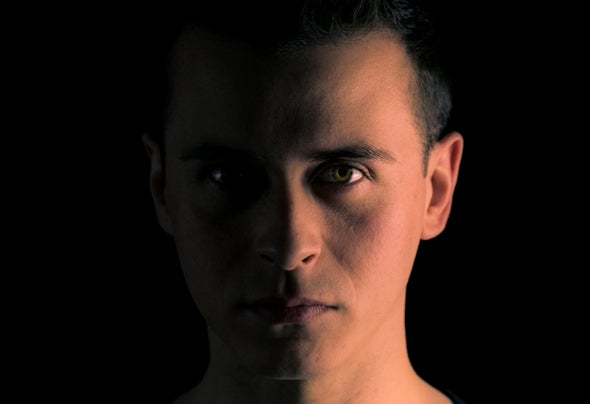 Born June 24th, 1989 in Toledo, Spain. His first influence was his older brother David, who from a young age spent much of the day listening to electronic music at home. That is the reason Krain began to take a liking to electronic music and, over time, his interest in learning how to mix and produce his own songs also grew. He was very young when he started to perform in several clubs in Toledo. The inhabitants of his small town were already accustomed to seeing him walk towards the bus station with his luggage loaded with vinyl records. At age 15, he started searching on MySpace for new places to perform, this helped him hide the fact that he was underage so he could have more chances to find gigs, thanks to this, he managed to perform in more and bigger places, and it was pretty common to see him in the most important events in the area. Since then and until today, he has performed at events throughout the country sharing the spotlight with artists such as Cristian Varela, Carl Cox, Raúl Parra, Ramiro López, Marco Carola, Paco Osuna... When he turned 20 years old, he opened his own nightclub in Toledo called “Sala Dolce”, which ended up becoming an important place of the Techno scene in the city. In 2012, he moved to Madrid to better manage his studies and his performances. Since then, that has been his usual residence. In 2015 he finished his studies in Music Production, and graduated with honors in Music Business in 2018. It is after he finished his career that he begins to use the artistic name “Krain”. In May 2019, he started his podcast “Krain Planet”, and in October 2019 he managed to get it ranked as one of the top 20 electronic music podcasts in Europe. After finishing his studies, he starts producing his own music. In August 2019, he signed his first record contract with Bonzai Records (Belgium) and “Abstract” was published, the first release of a long list of his own compositions. Krain is currently focused on the International Techno scene.