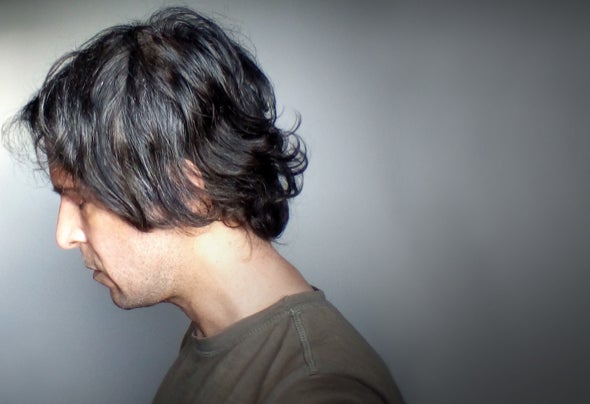 He was born in 1975 in Istanbul/Turkey. He tended to music even before he started primary school. His biggest pleasure was listening to music with his family's records archive. During his first years of elementary school, Pink Floyd was the first band he would listen to throughout his life and be fan. This love of music might have guided him on electronics, which he associates as a profession, and studied electronics. After his education, He worked for 3 years in Istanbul's most important sound companies "Nefan" and "Display Ses & Işık" on sound and lighting systems. He was taking resident dj offer by Taxim Night Park, one of the most famous and important nightclubs of the period, where he established the sound system in 1993. By accepting this offer, he worked in Cubuklu 29, the summer residence of Taxim Night Park and Taxim Night Park, for 4 years as a Resident DJ and special night manager. During these periods, he was a guest DJ at places such as Club 2019 (Twenty), Andromeda, which are among the important venues of Istanbul. He regularly made live shows on Radio Cool, the popular electronic music radio of the time. By 1997, he went to Cyprus, which was the event that would end his music career. In Istanbul, in Turkey despite his young age due to the demonstrated capabilities are also among the biggest musical life that was finished. Until 2018, he did not professionally deal with music for a total of 21 years. With the death of his father in 2018, he decided to return to music. "Nibiru", the first E.P released from 3XA Music owned by Clinique Group in October 2019, although it was its first release, "Hawking Talking" in E.P was among the best songs on the "Release Promo" list. After this album, he returned to Istanbul, where he had not lived for 23 years, and started living in Istanbul again. And He Continue!