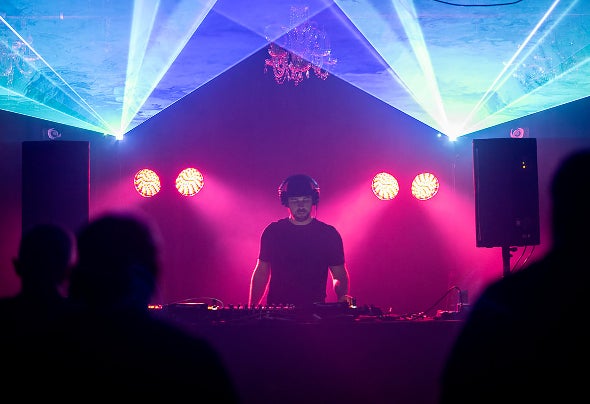 The son of a blues guitarist, Austin was introduced to the drums at a young age, with influences like Stevie Ray Vaughan and The Allman Brothers laying the initial foundation for his music. First exposed to electronic music in his teenage years, Austin’s focus gradually shifted from playing drums to producing his own tracks. After a decade of learning and developing his sound, the Florida native has signed with a number of labels including Siona Records, Freegrant Music and Intricate Records, having found his niche in the darker side of progressive house. He has established a mix series in his Nightride podcast, a forum to share unreleased work and his favorite tracks of the moment, and recently launched his own label of the same name. Many of Austin's releases have charted on Beatport, with his remix of Stan Kolev's 'Listen' making it up to #4 and his original 'Nightride' making it up to #14 Progressive House tracks. On Spotify, his 'Listen' remix recently hit 1,000,000 plays, marking his first track to reach the milestone. Having garnered support from Armin van Buuren, Ferry Corsten, Markus Schulz, Cristoph, Grum, Paul Thomas and more, Austin continues to emerge as an artist in the underground progressive scene.