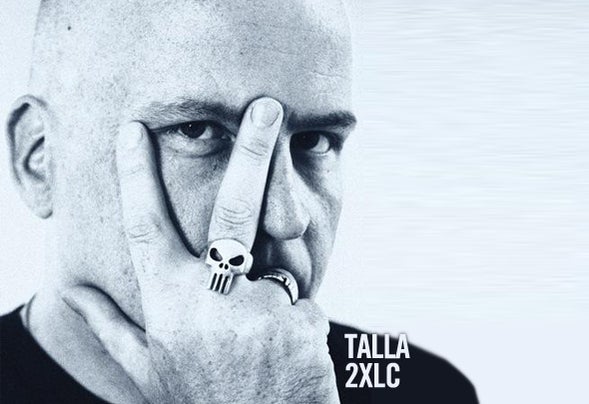 Born and raised in Frankfurt, Germany, Talla 2XLC is a true trance stalwart in every sense of the word. With over 3+ million in album sales and no signs of stopping — it is clear that Talla is a veteran, pioneer and visionary when it comes to uplifting and progressive trance. When Talla 2XLC takes his position behind the wheels of steel, you know you’re in for a powerful and euphoric trance journey. He has taken many listeners to a world beyond and has done so at some of the world’s largest festivals such as Tomorrowland, MAYDAY Dortmund, Luminosity Beach, Nature One, World Club Dome and both Electric Daisy Carnival Orlando and Mexico. It comes as no surprise that he’s had the opportunity to perform at these legendary events as he is well-known for his peak time sets as he has an artillery of instantly recognizable tunes defined by his high-spirited yet banging trademark sound. These tunes have been released on some of the highest tiered labels in existence like Armada Music, In Trance We Trust, Subculture, Outburst Records, Nocturnal Animals and of course Talla’s own — TechnoClub, which has been a leader in electronic music of all sorts since 1984 and his other label, which has been gaining love and support over the years — That’s Trance! As we all know far too well, 2020 brought upon us the COVID-19 Pandemic, which put a halt on live, in-person events. But all was not lost — Talla 2XLC was a light in a very dark place as he began performing live-streamed sets on the recently booming platform, Twitch. Gaining over 12,000 followers within a year and obtaining Partner status in under 3 months, it is clear that Talla has truly built a community of trance lovers and all music lovers alike. Now, streaming three times a week, partaking in raid train events and putting on special release streams; Talla has won the hearts of many through the power of music. Twitch is not the only thing our beloved German DJ and producer has been up to since the pandemic began. Talla has been immensely productive in the studio; having released a track almost every week and even releasing an artist album of his own (‘Carpe Diem’), we have seen a year like none other, musically. It’s quite evident that Talla has switched his focus on his productions and his 4 labels within German record company, ZYX Music. This can be made apparent if you take a look at Talla’s presence on Beatport. Over the last year, he has had 6 productions in the Beatport Trance Top 10 and several others within the Top 20 — including hit songs like ‘Suburbia’ with Allen Watts, ‘Aniara’ with XiJaro & Pitch, his own ‘Follow The Meteor’ and many others. The end is not in sight either because we are still hotly anticipating the release of his upcoming single with one of trance’s most sought after vocalists, Christina Novelli. You’ll definitely want to keep an eye on this space for more on that and other upcoming releases, so stay tuned for what Talla 2XLC has to offer. booking: talla2xlc.com/booking live stream: twitch.tv/talla2xlc website: talla2xlc.com merch: bit.ly/talla2xlc_choonwear