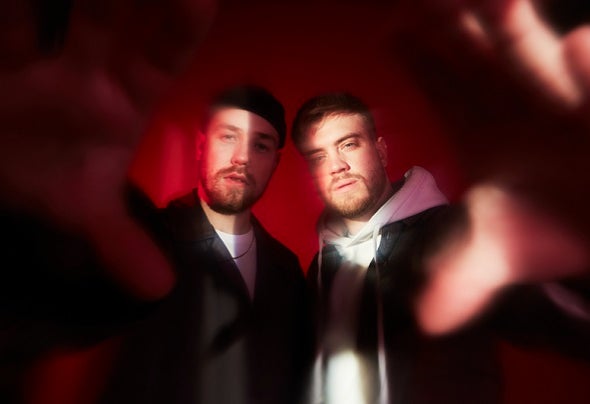 UK duo Goodboys are a rare talent, catapulting themselves from being best mates making songs for fun at home, to now being amongst the most sought-after songwriter / artists / performers in the world. Their infectious hooks and melodies drive their music straight to the memory of every fan and listener. Goodboys rose to fame with their 2019 debut feature ‘Piece of Your Heart’, written with Meduza, amassing 3.4 billion streams worldwide, charting at #2 in the UK and receiving a GRAMMY nomination for ‘Best Dance Recording’. Their follow up ‘Lose Control’ was met with similar fanfare, achieving over 2 billion streams alongside platinum and gold sales the world over. Goodboys (made up of Ethan Shore and Josh Grimmett) come at music from all angles as writers, producers, and vocalists, even earning a Grammy nomination. Goodboys then teamed up with Kazakhstani producer and breakout dance artist of 2020, Imanbek - their debut collaboration ‘Goodbye’ saw Imanbek and Goodboys craft an infectious dance-pop jam that pairs a deep, chunky bassline with the instantly recognizable vocal hooks of Goodboys. A collaboration between two of dance music’s most in-demand production units, ‘Goodbye’ is a club cut with serious crossover appeal. Their debut single ‘Black & Blue’ came out on Atlantic in early 2022, closely followed by ‘This Feeling’ with Vintage Culture in April 2022, with a host of exciting releases to follow this year with solo and collaborating with some of the hottest names across the globe.... Watch this space!