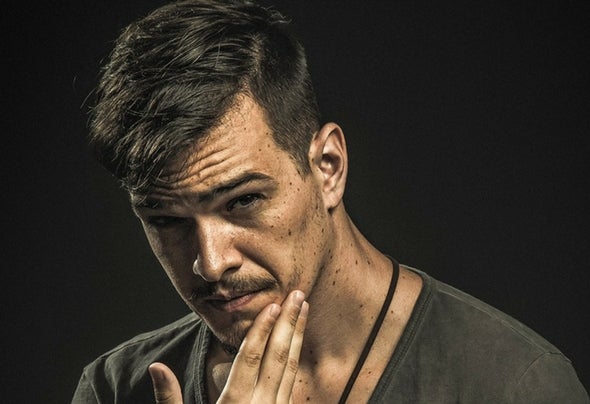 Weaving his way through the electronic music industry adeptly for a decade, FractaLL (the alias of Lucian Castro) has been one of Brazil’s finest exports with not only his own solo project, but as a face behind the notorious and globally respected Mix Feed & Sublime Music brands.Known for his unique approach to genres spanning between house and techno, FractaLL has performed at the prestigious Tomorrowland and Electric Zoo festivals and at the São Paulo super club D-EDGE. Adapting to a massive gig schedule with over 150+ stops a year, FractaLL still maintains an impressive studio output with three #1 deep house records on Soundcloud, collaborations with Alok, Infected Mushroom, Danny Tenaglia, and Gabe, and a track for Dior AD featuring actress Jennifer Lawrence.Beyond just a musician, the multi-talented FractaLL has not only developed his own marketing and PR campaigns but countless musicians from his home country and abroad leading to a whopping fanbase of hundreds-of-thousands followers via his social media outreach.Management (Remixes, Collaborations, General Inquires) / Worldwide Booking (Excluding Brazil):info@pitchtempo.comBookings - Plus Talent: boka@plustalent.art.br