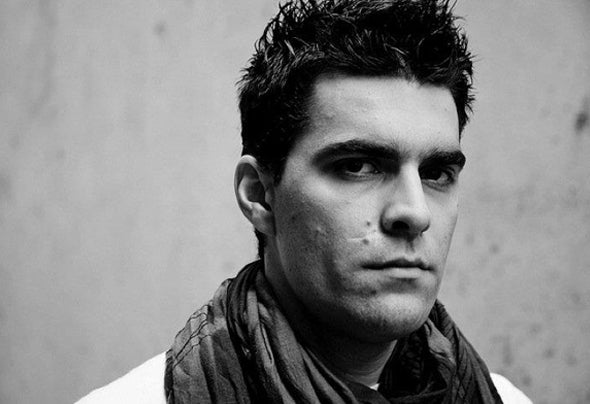 Half man, half creative machine.Gabriel Serrasqueiro has already granted his name amongst the greatest EDM artists on the planet. He ranks comfortably amongst Top 100 DJ Mag artists ranking recognized as the creative engine for the Wrecked Machines project.Currently Gabe is absorbed on his live project where conveys his talent as a producer with his dynamic profile and precise DJing technics delivering a potent yet elegant journey between the techno and the house music.He have recently crafted a bootleg track using as a backbone LCD Soundsystem’s "You wanted a hit" that was greatly received by DJs all over the world and played by the likes of Sasha, Solomun, Hosh and John Digweed.His live project on tour was a long time waited feature. Now, armed with samplers, a collection of keyboards and small audio laboratory designed to hit the road, Gabe takes the momentum when dance floors can really understand and value quality live acts to show the people how he does his thing. Live.Overseas festivals such as Eclipse and the Rainbow Serpent in Australia and the Fusion, & Bar 25 in Germany, Ageha in Japan, already saw him amongst the headliners. In Brazil festivals like Dream Valley, XXXperience, Tribe, and clubs like Field, Warung, D-Edge, Clash often hosts him laying the tracks and revealing new trends as the artist miles ahead of his time.That is all included on his live act and is part of the package that Gabe gently deliveries and part of the creative power plant that he is.