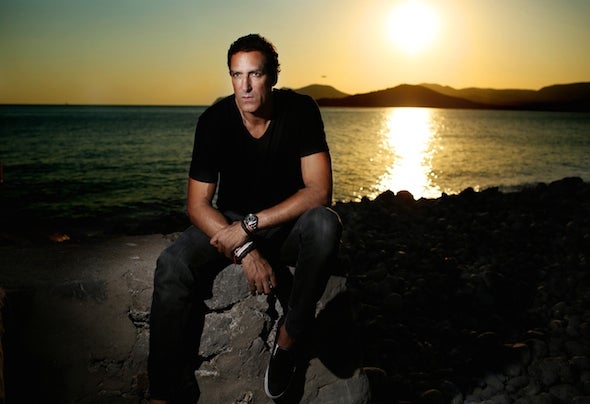 Seikaly, an avid lover of music, started DJing at the age of 14 whilst living in Greece. After retiring from basketball, he developed his passion into a musical career as a professional DJ and music producer. "Sports will always be my love, but music will always be my passion," he said. Seikaly has been producing and working in the genres of house, deep house, tech house and techno, and has played in many of the clubbing meccas across the globe. He has released many solo EPs including a lot of his early work "House Calls" in 2010, "East West" EP in 2012 and "East West" EP volume 2 in 2014. He then followed them up with "Holdin On" and "Signs" EP in 2015 and "The Sword" EP in 2016. In 2012, Rony produced a full mix album titled "Nervous Nitelife Presents Rony Seikaly" and he has also released on esteemed imprints such as Saved, Suara, Radiant, Yoshitoshi, Nervous, Stereo, Subliminal and many more. Since 2019, he has started his own record label “STRIDE” that has involved mostly his own work, with standout producers around the world joining him for remixes, including Bedouin, Luciano, Gorge, Audiofly, Hector Couto, Davi, Nick Curly, Roberto Surace, Black Circle and others. The label has been a resounding success with many chart hitting successes, including 5 tracks in the top 10, and currently finds itself in the Top 3 Deep House record labels... This is almost unheard of in just over a year of a label and shows Rony’s keen ear for music. He has also ran his own radio show on Sirius XM satellite radio called SugarFreeRadio which aired four days per week and was a resounding success since 2012.