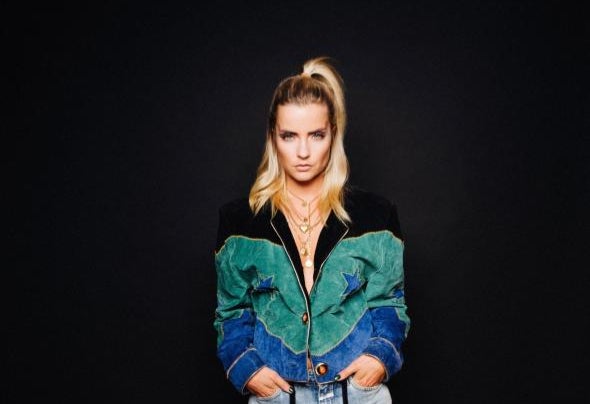 With an innate ability to combine 80s & 90s music with modern melodies & danceable beats, Berlin-based producer and DJ LOVRA is fast on her way to becoming one of the stand-out new names of 2021. Her work has featured on some of the world’s top labels - Let There Be House, Armada, Get Twisted, Kontor Records & Don Diablo’s Hexagon Records, before signing exclusively to Sony Music Germany. It’s not just in the studio where LOVRA has been making waves; the rising talent soon found herself on the radar of none other than David Guetta. The house music legend not only signed her as an official resident at BIG, his huge party at Ibiza’s world famous Ushuaia Beach Club but brought her on as the support act for his global 2019 tour. Also bringing LOVRA onboard as a global resident was the iconic brand Ministry of Sound. Her chunky, funky, bass-driven grooves were a natural fit as she supported household names Armanda van Helden, Basement Jaxx, Todd Terry and Felix da Housecat. Not even 2020’s global pandemic could get in LOVRA’s way, continuing to perform via live LOVRA community streams, her LovTape mixtapes, and DJ sets for major virtual festivals including Beatport Live, Kontor Records’ Das Jubilaum and Luft Und Leibe alongside Claptone. With global tours dates pencilled in, hotly anticipated single ‘Spinnin’ released on Sony worldwide and her upcoming podcast ‘Plus 1’ in the works, LOVRA increasingly looks like being one of the most bankable young stars rising through the ranks.