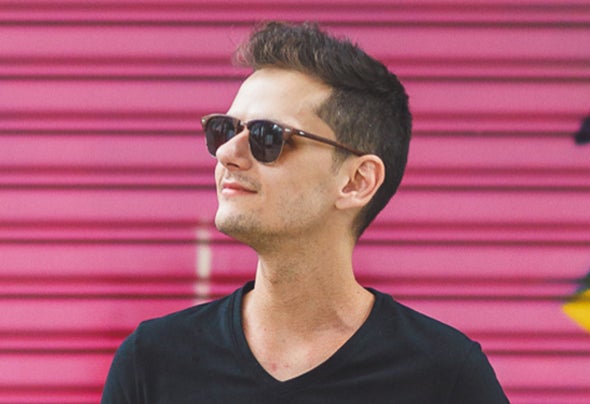 After collaborating with the main House Music names of all time, such as Kevin McKay and The Cube Guys, Alex ended 2021 as the Top #2 main Brazilian House Music producer in the world (behind only the Vintage Culture phenomenon). And with that, he reached the Top #80 of the world ranking! Alex was responsible for the co-production of nothing less than the main House track of the year from the famous British label Glasgow Underground. "Miss You" remained in the Top 5 of Beatport for 12 consecutive weeks and gained support from big names such as Claptone – who also released Gewer’s "No No No" track to the world. And it didn't stop there, in October the artist scored a beautiful Top #1 in Traxsource's Jackin House Chart - with the track "Boogie", which was considered Top #1 for the entire month as well. As a result of this success, he received the invitation to remix the respected producer Sebb Junior, for the British Let There Be House. He then released a collab with the Dutch De Hofnar. The track "The Feeling" reached 100K streams in less than 2 weeks. As a DJ, he has traveled all over Brazil. He was always in the Clubs of Sao Paulo – like Ballroom, Royal Club, Disco, 3p4. In addition to P12 and Milk – in Jurerê Internacional, OVO (Punta Del Este) and events in destinations such as Búzios, Fortaleza, João Pessoa, Rio de Janeiro. In 2012 he was the official DJ of the Brazilian Tour of the European artist Lucenzo (author of the mega-hit Danza Kuduro).