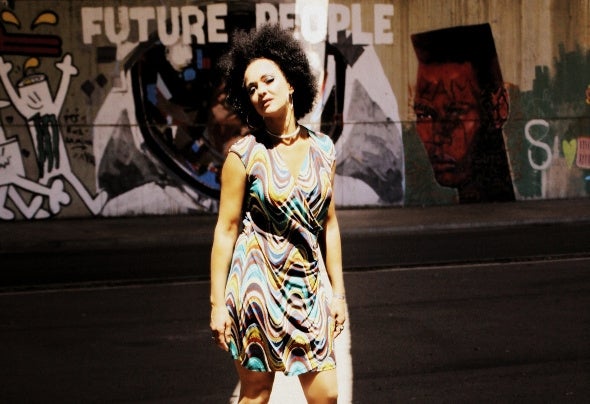 Angel Johnson began her DJ career way back in 1991. She’s a veteran of her trade and a pioneer in helping to break the stereotype of what was once considered a uniquely male vocation, Angel’s earned her place in the UK house scene’s hall of fame. Rewind to 1983 age sixteen armed with a fake ID and the desire to dance Angel became a regular on Nottingham's underground club scene, which served up a selection of jazz funk, electro, soul and rare groove, light years away from anything she’d ever heard before. After many years as the proverbial club-diva, Angel got a job as a barmaid at Nottingham’s infamous Venus club. A year later she decided that she fancied a shot on the other side of the decks. Angel borrowed some turntables, bought a load of vinyl and spent the next three months beat matching until she'd taught herself to mix. She delivered her rst mix-tape to renowned club promoter James Bailie. On the strength of that mix he booked her to play at Venus on New Years Eve 1991 alongside a prestigious lineup and the rest, so they say, is history! It's hard to list all the achievements of someone with more than twenty- ve years in the industry but playing legendary clubs like Venus, Hacienda, Ministry of Sound, Pacha Ibiza and her residency at Stafford’s Swoon rank highly in Angel’s repertoire, along side travelling the world to countries far and wide delivering her dynamic groovy mix of quality House music. As well as being a respected DJ, Angel has a history of releases under her belt. Nowadays she produces music for labels like Seamless, MVMT, Motion and her own imprint Ocata Records and more predominantly writes and produces music under her artist moniker Venus In Motion. Her tracks can frequently be heard drifting out of the worlds coolest lounge bars and sunset strip cafes. Angel Johnson knows music and has earned the reputation of being a DJ that delivers. When she plays everyone is guaranteed a fantastic night!t!