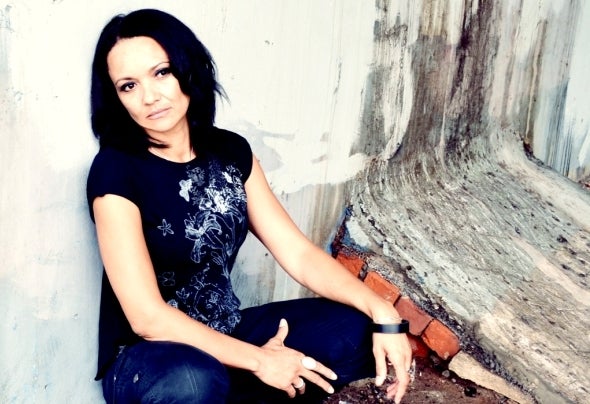 Venus In Motion is the alter ego of Angel Johnson a renowned House music DJ who began her career way back in 1991, a veteran of her trade and a pioneer in helping to break the stereotype of what was once considered a uniquely male vocation.As well as being an adoring fan and producer of the upbeat, four-four groove Angel has always written mellower songs and since childhood been intrigued by the emotive power of melody and lyrics. Early musical influences include the likes of Kate Bush, Cat Stevens and Rose Royce.In the early 90’s the genre "Chill Out" was born and bands of the decade such as Massive Attack and Nightmares On Wax further inspired Angel to want to record the songs that had gathered in her head. Some years later - with a burning desire and a leap of faith - her dream was realized and Venus In Motion was born.All the key ingredients and some essential factors for the fresh vibe behind Venus In Motion’s debut album, Walking in Limbo, released in 2007. It was signed to Spain’s largest independent record label Blanco y Negro. It won hearts and minds and earned early admiration from some of Ibiza’s leading names behind the music and DJ sets you so often experience during the white Isle’s famed, magical sunsets. The album also features one of the only covers to gain family support from the estate of Bob Marley – for This Woman, a stunning interpretation of No Woman No Cry.Venus In Motion's second Album, Somebody’s Heaven, released on Seamless Recordings April 2013, follows suit with beautifully crafted songs, quality production and that inimitable injection of sweet melancholy. The music itself is an eclectic mix inspired by jazz, soul, folk and dub. It embodies both an electronic and an organic vibe. T he tracks distinctively weave together sounds from long term collaborators like Chris Bucknall on keyboards and Karl Bingham on bass... sweetly elevated by the awesome vocal talents of Cherry Mars, Siobhan Lynch, Naomi Moss and Jack Kenworthy.The Reach EP was released November 2011 on Bloodsugar records. "Reach", featuring vocals from UK based singer Jess Mathews, heads the five track EP, which also showcases Dub, Latin and dreamy Balearic tracks.Venus In Motion can frequently be heard drifting out of the worlds coolest lounge bars and sunset strip cafes, tracks are readily available on the top selling chill out compilations and regularly play-listed on Radio Stations like Ibiza Sonica Radio helping Venus in Motion to reach an even wider international audience.